Mandu or Mandavgad is a ruined city in the present-day Mandav area of the Dhar district. It is located in the Malwa region of western Madhya Pradesh, India at 35 km from the Dhar city. In the 11th century, Mandu was the sub division of the Tarangagadh or Taranga[disambiguation needed] kingdom .This fortress town on a rocky outcrop about 100 km (62 mi) from Indore is celebrated for its fine architecture.

Must See Places in Mandu, India

The earliest reference to Mandu is available in the Sanskrit inscription of 555 AD, which tells that Mandu was a fortified city even in 6th century BC. It gained prominence in 10th and 11th century under the Parmars (who called it Mandavgarh), from whom the control was snatched by Khiljis in 1305. Mandav or Mandu's was earlier known by the name of "Shadiabad" meaning the city of happiness (Anand Nagari), the name was given by then ruler Allauddin Khilji. Mandu city is situated at an elevation of 633 metres (2079 feet) and extends for 13 km (8.1 mi) along the crest of the Vindhya Range, overlooking the plateau of Malwa to the north and the valley of the Narmada River to the south. These acted as natural defences and Mandu was originally the fort-capital of Rajput Parmara rulers of Malwa. Towards the end of the 11th century, it came under the sway of the Taranga kingdom.

In the 10th century Mandu was founded as a fortress retreat by Raja Bhoj. It was conquered by the Muslim rulers of Delhi in 1304. When Timur captured Delhi in 1401, the Afghan Dilawar Khan, governor of Malwa, set up his own little kingdom and the Ghuri dynasty was established. And thus began Mandu's golden age.

His son, Hoshang Shah, shifted the capital from Dhar to Mandu and raised it to its greatest splendour. Hoshang's son, Mohammed, the third and last ruler of Ghuri dynasty ruled for just one year He was poisoned by the militaristic Mohammed Khalji, who established the Khilji dynasty and went on to rule for the next 33 years. He was succeeded by his son, Ghiyas-ud-din in 1469 and ruled for the next 31 years. Ghiyas-ud-din was a pleasure seeker and devoted himself to women and song. He had a large harem and built the Jahaz Mahal for housing the women, numbering thousands, of his harem. Ghiyas-ud-din was poisoned, aged 80, by Nasir-ud-din, his own son. 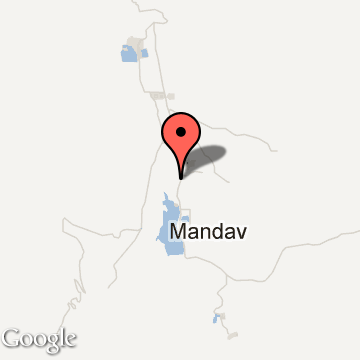