Mahakaleshwar Jyotirlinga  is one of the most famous Hindu temples dedicated to Lord Shiva and is one of the twelve Jyotirlingams, which are supposed to be the most sacred abodes of Shiva. It is located in the ancient city of Ujjain in the state of Madhya Pradesh, India. The temple is situated on the side of the Rudra Sagar lake. The presiding deity, Shiva in the lingam form is believed to be Swayambhu, deriving currents of power (Shakti) from within itself as against the other images and lingams that are ritually established and invested with mantra-shakti.

Must See Places in Mahakaleshwar, India

The temple complex was destroyed by Sultan Shas-ud-din Iltutmish during his raid of Ujjain in 1234-5. The present structure was built by the Srimant Raanojirao Shinde Maharaj Scindias in 1736 AD. Further developments and management was done by Shreenath Mahadji Shinde Maharaj (Mahadji The Great) also known as Madhavrao Shinde the First (1730–12 February 1794) and Srimant Maharani Bayzabai Raje Shinde (1827–1863).

In the regime of Maharaja Shrimant Jayaajirao Saheb Shinde Alijah Bahadur until 1886, major programs of the then Gwalior Riyasat used to be held at this mandir. After Independence the Dev Sthan Trust was replaced by the municipal corporation of Ujjain. Nowadays it is under the collectorate. 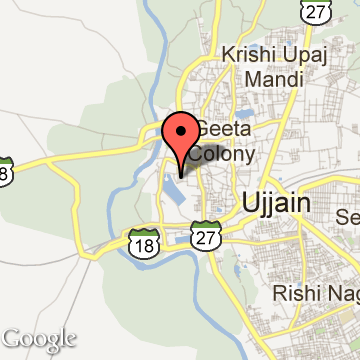