Bandhavgarh National Park  is one of the popular national parks in India located in the Umaria district of Madhya Pradesh. Bandhavgarh was declared a national park in 1968, with an area of 105 km². The buffer is spread over the forest divisions of Umaria and Katni and totals 437 km². The park derives its name from the most prominent hillock of the area, which is said to be given by Hindu Lord Rama to his brother Lakshmana to keep a watch on Lanka. Hence the name Bandhavgarh.The park has a large breeding population of leopards, and various species of deer. Maharaja Martand Singh of Rewa captured the first white tiger in this region in 1951.

Must See Places in Bandhavgarh, India

Karan Dev, son of Vyaghra Dev married the daughter of the Raja of Ratanpur, bringing Bandhogarh (now known as Bandhavgarh) into the family as her dowry. The legendary fortress of Bandhogarh fell into Mughal hands in 1597, almost by accident. At the death of H.H. Maharaja Virbhadra Rao in 1593, his minor son succeeded as H.H. Maharaja Vikramaditya. When he was sent to Delhi for his own safety, the emperor took advantage of his absence to send one of his loyal nobles as temporary governor. Once he had taken control of the fort, the Maharaja’s nobles and officials were expelled and the fort annexed by the Mughals. On his return to his remaining domains, H.H. Maharaja Vikramaditya was forced to establish a new capital at Rewa, whence the state took its name.

The history of the region can be traced back to the 1st century. There are 39 caves in the Bandhavgarh fort and in the surrounding hillocks up to a radius of about 5 km. The oldest cave dates from the 1st century. Several caves carry inscriptions in Brahmi script. Some caves have embossed figures such as tigers, pigs, elephants and horsemen. Badi gufa, the largest cave, has a broad entrance, nine small rooms and several pillars. It has been dated back to the 10th century. The cave appears to be primitive, lacking the elaborate statues and carvings seen in the caves of the Buddhist period. Its purpose remains a mystery.No records are available to show when Bandhavgarh fort was constructed.

However, it is thought to be some 2000 years old, and there are references to it in the ancient books, the “Narad-Panch Ratra” and the “Shiva Purana”. Various dynasties have ruled the fort; including the Mauryans from the 3rd century BC, Vakataka rulers from the 3rd to the 5th century the Sengars from the 5th century and the Kalachuris from the 10th century. In the 13th century, the Baghels took over, ruling from Bandhavgarh until 1617, when Maharaja Vikramaditya Singh moved his capital to Rewa. The Maharaja of Rewa still retained the hunting rights. No special conservation measures were taken until 1968, when the areas were constituted as a national park. Since then, numerous steps have been taken to retain Bandhavgarh National Park as an unspoilt natural habitat.Project Tiger was constituted in 1972 and then the Wildlife Protection Act 1972 came into force.

It was realized that protection of just the 105 km² of prime Bandhavgarh habitat was not enough, so in 1982, three more ranges, namely Khitauli, Magdhi and Kallawah were added to Tala range (the original Bandhavgarh National Park) to extend the area of Bandhavgarh to 448 km². As Project tiger extended its activities and area of influence, Bandhavgarh was taken into its folds in 1993, and a core area of 694 km² was established including the previously named ranges and the Panpatha Sanctuary along with a buffer area of 437 km² which was declared as the Bandhavgarh Tiger Reserve. 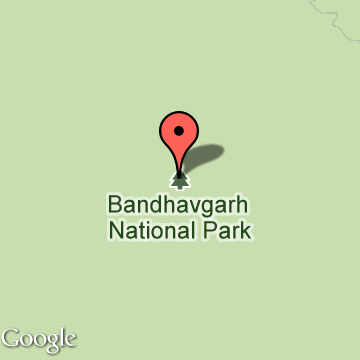