The name Khajuraho, ancient "Kharjuravāhaka", is derived from the Sanskrit words kharjura = date palm and vāhaka = "one who carries". Locals living in the Khajuraho village always knew about and kept up the temples as best as they could. They were pointed out to the English in the late 19th century when the jungles had taken a toll on the monuments. In the 19th century, British engineer T.S. Burt arrived in the area, followed by General Alexander Cunningham. Cunningham put Khajuraho on the world map when he explored the site on behalf of the Archaeological Survey of India and described what he found in glowing terms. The Khajuraho Group of Monuments has been listed as a UNESCO World Heritage Site, and is considered to be one of the "seven wonders" of India.

Must See Places in Khajuraho, India

Some Bargujar Rajputs moved eastward to central India; they ruled over the Northeastern region of Rajasthan, called Dhundhar, and were referred to as Dhundhel or Dhundhela in ancient times, for the region they governed. Later on they called themselves Chandelas; those who were in the ruling class having gotra Kashyap were definitely all Bargujars; they were vassals of Gurjara - Pratihara empire of North India, which lasted from 500 C.E. to 1300 C.E. and at its peak the major monuments were built. The Bargujars also built the Kalinjar fort and Neelkanth Mahadev temple, similar to one at Sariska National Park, and Baroli, being Shiva worshippers.

The city was the cultural capital of Chandel Rajputs, a Hindu dynasty that ruled this part of India from the 10-12th centuries. The political capital of the Chandelas was Kalinjar. The Khajuraho temples were built over a span of 200 years, from 950 to 1150. The Chandela capital was moved to Mahoba after this time, but Khajuraho continued to flourish for some time. Khajuraho has no forts because the Chandel Kings never lived in their cultural capital.

The whole area was enclosed by a wall with eight gates, each flanked by two golden palm trees. There were originally over 80 Hindu temples, of which only 25 now stand in a reasonable state of preservation, scattered over an area of about 20 square kilometres (8 sq mi). Today, the temples serve as fine examples of Indian architectural styles that have gained popularity due to their explicit depiction of sexual life during medieval times. Locals living in the Khajuraho village always knew about and kept up the temples as best as they could. They were pointed out to an Englishman in late 19th century but the jungles had taken a toll on all the monuments. 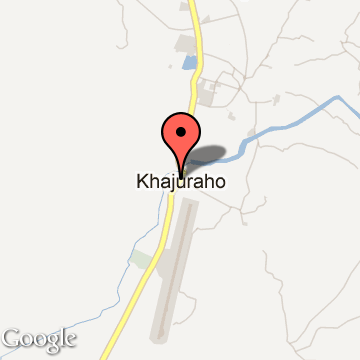