Pachmarhi is a hill station in Madhya Pradesh state of central India, also known for the Pachmarhi Cantonment. It is widely known as Satpura ki Rani ("Queen of Satpura"), situated at a height of 1100 m in a valley of the Satpura Range in Hoshangabad district. Dhupgarh, the highest point (1,350 m) in the central India region and the Vindhya and Satpura range, is located here.

Must See Places in Pachmarhi, India

Pachmarhi region was the kingdom of the Gond tribe king Bhawut Singh. Prior to annexation to the British Empire, it was the capital of this tribal dynasty. The area was introduced to the western world by Captain James Forsyth of the British Army in 1857. Pachmarhi became a hill station and sanatorium for British troops in the Central Provinces of India. The population in 1901 was 3,020, rising to double that number in the hot summer months. Pachmarhi also served as the summer capital for the Central Provinces. The forest around the town is home to many rare varieties of plants. UNESCO added Pachmarhi park to its list of Biosphere Reserves in May 2009.

Pachmarhi got its name from Hindi word "Panch Marhi", where "Panch" means five and "Marhi" means caves. These caves were built by five Pandwa brothers of Mahabharatha epic during their fourteen years of exile. The caves are situated on a hilltop and provide an excellent vantage point. 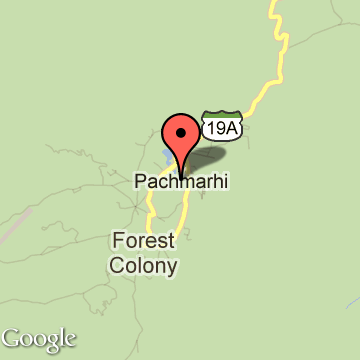