Newcastle upon Tyne  is a city and metropolitan borough of Tyne and Wear, in North East England. Historically the traditional county town of Northumberland, it is situated on the north bank of the River Tyne. The city developed in the area that was the location of the Roman settlement called Pons Aelius, though it owes its name to the castle built in 1080, by Robert II, Duke of Normandy, the eldest son of William the Conqueror. The city grew as an important centre for the wool trade and it later became a major coal mining area. The port developed in the 16th century and, along with the shipyards lower down the river, was amongst the world's largest shipbuilding and ship-repairing centres. These industries have since experienced severe decline and closure, and the city today is largely a business and cultural centre, with a particular reputation for nightlife.

Among its main icons are Newcastle Brown Ale, a leading brand of beer, Newcastle United F.C., a Premier League team, and the Tyne Bridge. It has hosted the world's most popular half marathon, the Great North Run, since it began in 1981.

The regional nickname for people from Newcastle and the surrounding area is Geordie.

Must See Places in Newcastle upon Tyne, United Kingdom

The first settlement in what is now Newcastle was Pons Aelius, a Roman fort and bridge across the River Tyne and given the family name of the Roman Emperor Hadrian who founded it in the 2nd century AD. The population of Pons Aelius at this period was estimated at 2,000. Hadrian's Wall is still visible in parts of Newcastle, particularly along the West Road. The course of the "Roman Wall" can also be traced eastwards to the Segedunum Roman fort in Wallsend—the wall's end and to the supply fort Arbeia in South Shields. The extent of Hadrian's Wall was 73 miles (117 km), spanning the width of Britain; the wall incorporated Agricola's Ditch and was constructed primarily to prevent unwanted immigration and incursion of Pictish tribes from the north, not as a fighting line for a major invasion.

From 1530 a royal act restricted all shipments of coal from Tyneside to Newcastle Quayside, giving a monopoly in the coal trade to a cartel of Newcastle burgesses known as the Hostmen. The phrase taking coals to Newcastle was first recorded in 1538. This monopoly, which lasted for a considerable time, helped Newcastle prosper and develop into a major town. It also had an impact on the growth of near-neighbours Sunderland, causing a Tyneside and a Wearside rivalry that still exists.

In the Sandgate area, to the east of the city and beside the river, resided the close-knit community of keelmen and their families. They were so called because they worked on the keels, boats that were used to transfer coal from the river banks to the waiting colliers, for export to London and elsewhere. In 1636 about 7,000 out of 20,000 inhabitants of Newcastle died of plague.

During the English Civil War, Newcastle supported the king and in 1644 the city was besieged for many months, then stormed ('with roaring drummes') and sacked by Cromwell's Scots allies, based in pro-Parliament Sunderland. The grateful King bestowed the motto "Fortiter Defendit Triumphans" ("Triumphing by a brave defence") upon the town. Ironically, Charles was imprisoned in Newcastle by the Scots in 1646–7.

In the 18th century, Newcastle was the country's fourth largest print centre after London, Oxford and Cambridge, and the Literary and Philosophical Society of 1793, with its erudite debates and large stock of books in several languages, predated the London Library by half a century. Newcastle also became a glass producer with a reputation for brilliant flint glass.

In the 19th century, shipbuilding and heavy engineering were central to the city's prosperity; and the city was a powerhouse of the Industrial Revolution. Innovation in Newcastle and surrounding areas included the development of safety lamps, Stephenson's Rocket, Lord Armstrong's artillery, Be-Ro flour, Joseph Swan's electric light bulbs, and Charles Parsons' invention of the steam turbine, which led to the revolution of marine propulsion and the production of cheap electricity.

Newcastle's public transport system was revolutionised in 1901 when Newcastle Corporation Tramways electric trams were introduced to the city's streets, though these were replaced by buses within 40 years.

The city acquired its first art gallery, the Laing Art Gallery in 1901, so named after its founder Alexander Laing, a Scottish wine and spirit merchant who wanted to give something back to the city in which he had made his Fortune. Another art gallery, the Hatton Gallery (now part of Newcastle University), opened in 1925.

With the advent of the motor car, Newcastle's road network was improved in the early part of the 20th century, beginning with the opening of the Redheugh road bridge in 1900 and the Tyne Bridge (a suspension bridge) in 1928.

Efforts to preserve the city's historic past were evident as long ago as 1934, when the Museum of Science and Industry opened, as did the John G Joicey Museum in the same year.

Council housing began to replace inner city slums in the 1920s and the process continued into the 1970s, along with substantial private house building.

Unemployment hit record heights in Newcastle during the Great Depression of the 1930s. The city's last coalpit closed in 1956. The slow demise of the shipyards on the banks of the River Tyne happened in the 1970s, 1980s and 1990s.

The public sector in Newcastle began to expand in the 1960s, as more people were employed in local government administration and Newcastle University was founded in 1963, followed by a Polytechnic in 1969; the latter received university status in 1992.

Further efforts to preserve the city's historic past continued as the 20th century wore on, with the opening of Newcastle Military Museum in 1983 and Stephenson Railway Museum in 1986. New developments at the turn of the 21st century included the Life Science Centre in 2000 and Millennium Bridge in 2001. 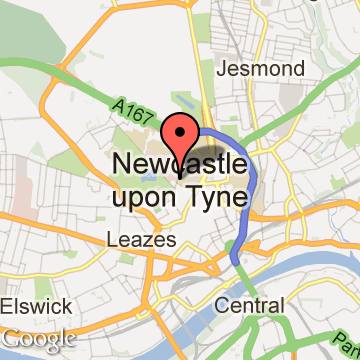