Lincolnshire is one of the larger, eastern counties of the East Midlands region of central England, and the second largest county in England with an area of 2,687 square miles. It has a population of just over 1 million which is sparsely populated across the county in mostly small to medium sized towns, with larger populations concentrated in North Lincolnshire and in Lincoln.

The earliest origins of Lincoln can be traced to the remains of an Iron Age settlement of round wooden dwellings (which were discovered by archaeologists in 1972) that have been dated to the 1st century BC[citation needed] This settlement was built by a deep pool (the modern Brayford Pool) in the River Witham at the foot of a large hill (on which the Normans later built Lincoln Cathedral and Lincoln Castle) .

The origins of the name Lincoln may come from this period, when the settlement is thought to have been named in the Brythonic language of Iron Age Britain's Celtic inhabitants as Lindon "The Pool", presumably referring to the Brayford Pool (compare the etymology of the name Dublin, from the Gaelic dubh linn "black pool"). It is not possible to know how big this original settlement was as its remains are now buried deep beneath the later Roman and medieval ruins, as well as the modern Lincoln.

Lincoln was hit by a major typhoid epidemic between November 1904 and August 1905 caused by polluted drinking water from Hartsholme Lake and the River Witham. Over 1,000 people contracted the disease and fatalities totalled 113,[citation needed] including the very man responsible for the city's water supply, Liam Kirk of Baker Crescent. Near the beginning of the epidemic, Dr. Alexander Cruickshank Houston installed a chlorine disinfection system just ahead of the poorly operating slow sand filter to kill the bacteria causing the epidemic. Chlorination of the water supply continued until 1911 when a new water supply was implemented. The Lincoln chlorination episode was one of the first uses of the chemical to disinfect a water supply. Westgate Water Tower was constructed to provide new water supplies to the city.

In the world wars, Lincoln switched to war production. The first ever tanks were invented, designed and built in Lincoln by William Foster & Co. during the First World War and population growth provided more workers for even greater expansion. The tanks were tested on land now covered by Tritton Road (in the south-west suburbs of the city). During the Second World War, Lincoln produced a vast array of war goods, from tanks, aircraft, munitions and military vehicles.

Ruston & Hornsby produced diesel engines for ships and locomotives, then by teaming up with former colleagues of Frank Whittle and Power Jets Ltd, in the early 1950s, R & H (which became RGT) opened the first ever production line to build gas turbine engines for land-based and sea-based energy production. Hugely successful, it was the largest single employer in the city, providing over 5,000 jobs in its factory and research facilities, making it a rich takeover target for industrial conglomerates. It was taken over by English Electric in November 1966, who were then bought by GEC in 1968, with diesel engine production being transferred to the Ruston Diesels Division in Newton-le-Willows, Lancashire of GEC at the former Vulcan Foundry, which was eventually bought by the German MAN Diesel (now MAN Diesel & Turbo) in June 2000. It merged with Alstom of France in the late 1980s, then in 2003 was bought out by Siemens AG of Germany, now being called Siemens Industrial Turbomachinery. This also includes what is left of Napier Turbochargers. Plans were announced early in 2008 for the construction of a new plant just outside the city boundary at Teal Park, North Hykeham. Unfortunately Siemens made large scale redundancies and moved jobs to both Sweden and the Netherlands. The factory now employs 1300 people. R&H's former Beevor Foundry is now owned by Hoval Group who make industrial boilers (wood chip). The Aerospace Manufacturing Facility (AMF) at the Firth Road site was divested to ITP Engines UK, in January 2009 from Alstom Aerospace Ltd.

Lincoln's second largest private employer is James Dawson and Son, a belting and hose manufacturer founded in Lincoln in the late 19th century, which is located on the city's Tritton Road next to the university it still operates using a coal-fired boiler. Dawson's became part of the Hull based Fenner group in the late 1970s.
In the post-war years after 1945, new suburbs were built, but heavy industry declined towards the end of the 20th century, mimicking the wider economic profile of the United Kingdom. More people are nevertheless still employed today in Lincoln building gas turbines than anything else. 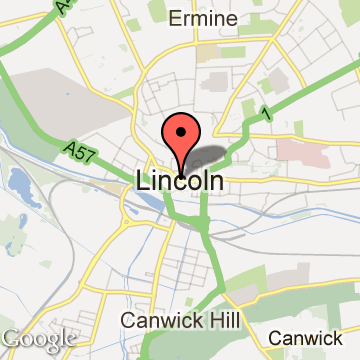