Birmingham is a city and metropolitan borough in the West Midlands of England. It is the most populous British city outside the capital London.

A medium-sized market town during the medieval period, Birmingham grew to international prominence in the 18th century at the heart of the Midlands Enlightenment and subsequent Industrial Revolution, which saw the town at the forefront of worldwide developments in science, technology and economic organisation, producing a series of innovations that laid many of the foundations of modern industrial society. By 1791 it was being hailed as "the first manufacturing town in the world". Birmingham's distinctive economic profile, with thousands of small workshops practising a wide variety of specialised and highly-skilled trades, encouraged exceptional levels of creativity and innovation and provided a diverse and resilient economic base for industrial prosperity that was to last into the final quarter of the 20th century. Its resulting high level of social mobility also fostered a culture of broad-based political radicalism, that under leaders from Thomas Attwood to Joseph Chamberlain was to give it a political influence unparalleled in Britain outside London and a pivotal role in the development of British democracy.

Today Birmingham is a major international commercial centre, ranked as a beta− world city by the Globalization and World Cities Research Network; and an important transport, retail, events and conference hub. With a GDP of $90bn (2008 estimate, PPP), the economy of the urban area is the second largest in the UK and the 72nd largest in the world. Birmingham's three universities and two university colleges make it the largest centre of higher education in the United Kingdom outside London, and its major cultural institutions, including the City of Birmingham Symphony Orchestra, the Birmingham Royal Ballet and the Barber Institute of Fine Arts, enjoy international reputations. The Big City Plan is a large redevelopment plan currently underway in the city centre with the aim of making Birmingham one of the top 20 most liveable cities in the world within 20 years.

Birmingham's early history is that of a remote and marginal area. The main centres of population, power and wealth in the pre-industrial English Midlands lay in the fertile and accessible river valleys of the Trent, the Severn and the Avon. The area of modern Birmingham lay in between, on the upland Birmingham Plateau and within the densely wooded and sparsely populated Forest of Arden.

There is evidence of hominid activity in the Birmingham area dating back 500,000 years, with stone age artefacts suggesting seasonal settlements, overnight hunting parties and woodland activities such as tree felling. The many burnt mounds that can still be seen around the city indicate that modern humans first intensively settled and cultivated the area during the bronze age, when a substantial but short-lived influx of population occurred between 1700BC and 1000BC, possibly caused by conflict or immigration in the surrounding area. Further evidence of subsequent iron age settlement can be found at Berry Mound, a hill fort located in the Bromsgrove district of Worcestershire, near Shirley. During the 1st century Roman conquest of Britain the forested country of the Birmingham Plateau formed a barrier to the advancing Roman legions, who built the large Metchley Fort in the area of modern-day Edgbaston in AD48, and made it the focus of a network of Roman roads.

Birmingham as a settlement dates from the Anglo-Saxon era. The city's name comes from the Old English Beormingahām, meaning the home or settlement of the Beormingas – suggesting that Birmingham was established in the 6th or early 7th century as the primary settlement of an Anglian tribal grouping of that name. By the time of the Domesday Book of 1086, however, the manor was one of the poorest and least populated in Warwickshire, valued at only 20 shillings, with the area of the modern city divided between the counties of Warwickshire, Staffordshire and Worcestershire.

The development of Birmingham into a significant urban and commercial centre began in 1166, when the Lord of the Manor Peter de Birmingham obtained a charter to hold a market at his castle and followed this with the deliberate creation of a planned market town and seigneurial borough within his demesne or manorial estate, around the site that became the Bull Ring. This established Birmingham as the primary commercial centre for the Birmingham Plateau at a time when the area's economy was expanding rapidly, with population growth nationally leading to the clearance, cultivation and settlement of previously marginal land. Within a century of the charter Birmingham had grown into a prosperous urban centre of merchants and craftsmen. Within another fifty years it was the third largest town in Warwickshire. 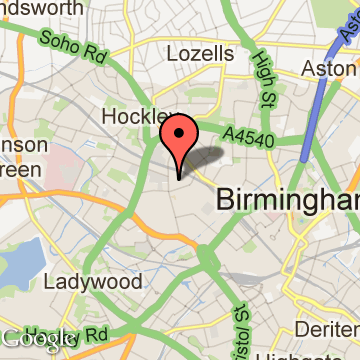