Gloucester  is a city, district and county town of Gloucestershire in the South West region of England. Gloucester lies close to the Welsh border, and on the River Severn, approximately 32 miles (51 km) north-east of Bristol, and 45 miles (72 km) south-southwest of Birmingham.

A cathedral city, capital of its county which was built on a flat spot of land, Gloucester is situated on the River Severn and the Bristol and Birmingham Railway.

Gloucester was founded in AD 97 by the Romans under Emperor Nerva as Colonia Glevum Nervensis, and was granted its first charter in 1155 by King Henry II. Economically, the city is dominated by the service industries, and has a strong financial and business sector, being home to the bank Cheltenham & Gloucester and historically was prominent in the aerospace industry.

The existence of a British settlement at Gloucester (Caer Glow, Gleawecastre, Gleucestre) is not confirmed by any direct evidence, but Gloucester was the Roman municipality of Colonia Nervia Glevensium, or Glevum, founded in the reign of Nerva. Parts of the walls can be traced, and many remains and coins have been found, though inscriptions are scarce. Evidence for some civic life after the end of Roman Britain includes the mention in the Historia Brittonum that Vortigern's grandfather ruled Gloucester. According to the Anglo-Saxon Chronicle, Gloucester was part of Wessex from the Battle of Deorham in 577 until 584, when it came under the control of Mercia.

Gloucester (Glowancestre, 1282) derives from the Anglo-Saxon for fort (Old English ceaster) preceded by the Roman stem Glev- (pronounced glaiw). In Old Welsh, the city was known as Caerloyw, caer = castle, and loyw from gloyw = glowing/bright. Gloucester was captured by the Saxons in 577. Its situation on a navigable river, and the foundation in 681 of the abbey of St Peter by Æthelred, favoured the growth of the town; and before the Norman Conquest of England, Gloucester was a borough governed by a portreeve, with a castle which was frequently a royal residence, and a mint. In the early tenth century the remains of Saint Oswald were brought to a small church in Gloucester, bringing many pilgrims to the town.

The core street layout dates back to the reign of Ethelfleda in late Saxon times.

The first Earl of Gloucester, Earl Godwine, was succeeded nearly a century later by Robert of Gloucester. King Henry II granted the first charter in 1155, which gave the burgesses the same liberties as the citizens of London and Winchester, and a second charter of Henry II gave them freedom of passage on the River Severn. The first charter was confirmed in 1194 by Richard I of England. The privileges of the borough were greatly extended by the charter of King John (1200), which gave freedom from toll throughout the kingdom and from pleading outside the borough.

In the Middle Ages the main export was wool which came from the Cotswolds and was processed in Gloucester; other exports included leather and iron (tools and weapons). Gloucester also had a large fishing industry at that time.

In 1223 thatched roofs were banned[citation needed] after a massive fire that destroyed a part of Gloucester.

In November 2011 a unique coin, dated to 1077–1080, was discovered, just north of the city, featuring the name of the moneyer Silacwine and its place of minting. The Portable Antiquities Scheme said that, until the coin was discovered, there had been no known examples of William I coins minted in Gloucester in this period.

The spring of 1994 saw the arrest of Fred West and his wife Rosemary West for the murder of 12 women and girls who went missing between 1967 and 1987 – including two of their daughters. Their home, 25 Cromwell Street, where the remains of many of the victims were buried, was later demolished and a public walkway laid in its place.

In July 2007, Gloucester was hit badly by a flood that struck Gloucestershire and its surrounding areas. Hundreds of homes were flooded, but the event was most memorable because of its wider impact – about 40,000 people were without power for 24 hours, and the entire city (plus surrounding areas) was without piped water for 17 days.

In 2009, Gloucester Day was revived as an annual day of celebration of Gloucester's history and culture. The day originally dates from the lifting of the Siege of Gloucester in 1643, during which the city held out against Royalist forces during the First English Civil War. 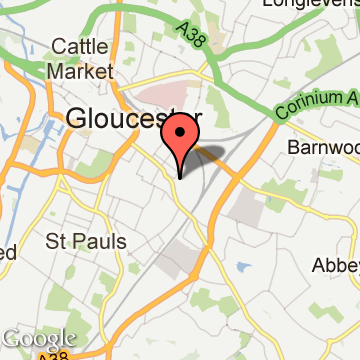