Liverpool is a city and metropolitan borough of Merseyside, England, United Kingdom along the eastern side of the Mersey Estuary. It was founded as a borough in 1207 and was granted city status in 1880. It is the fourth most populous British city, and third most populous in England, with a 2011 population of 466,400 and is at the centre of a wider urban area, the Liverpool City Region, which has a population of around 2 million people.

Historically a part of Lancashire, the urbanisation and expansion of Liverpool were both largely brought about by the city's status as a major port. By the 18th century, trade from the West Indies, Ireland and mainland Europe coupled with close links with the Atlantic Slave Trade furthered the economic expansion of Liverpool. By the early 19th century, 40% of the world's trade passed through Liverpool's docks, contributing to Liverpool's rise as a major city. Liverpool is also well known for its inventions and innovations, particularly in terms of infrastructure, transportation and general construction. Railways, ferries and the skyscraper were all pioneered in the city.

Inhabitants of Liverpool are referred to as Liverpudlians but are also colloquially known as "Scousers", in reference to the local dish known as "scouse", a form of stew. The word "Scouse" has also become synonymous with the Liverpool accent and dialect. Liverpool's status as a port city has contributed to its diverse population, which, historically, were drawn from a wide range of peoples, cultures, and religions, particularly those from Ireland. The city is also home to the oldest Black African community in the country and the oldest Chinese community in Europe.

Labelled the World Capital City of Pop by Guinness World Records, Liverpool has produced a wealth of musical talent since the mid-20th century. The popularity of The Beatles, Billy Fury, Gerry and the Pacemakers and the other groups from the Merseybeat era, and later bands such as Echo & the Bunnymen and Frankie Goes to Hollywood, contributes to Liverpool's status as a tourist destination; tourism forms a significant part of the city's modern economy. The city celebrated its 800th anniversary in 2007, and it held the European Capital of Culture title together with Stavanger, Norway, in 2008.

Liverpool is noted for its rich architectural heritage and is home to many buildings regarded as amongst the greatest examples of their respective styles in the world. Several areas of the city centre were granted World Heritage Site status by UNESCO in 2004. Referred to as the Liverpool Maritime Mercantile City, the site comprises six separate locations in the city including the Pier Head, Albert Dock and William Brown Street and includes many of the city's most famous landmarks.

Liverpool is also well known for its strong sporting identity. The city is home of two Premier League football clubs, Liverpool F.C. and Everton F.C.. Matches between the two clubs are known as the Merseyside derby. The world-famous Grand National also takes places annually at Aintree Racecourse on the outskirts of the city.

King John's letters patent of 1207 announced the foundation of the borough of Liverpool, but by the middle of the 16th century the population was still only around 500. The original street plan of Liverpool is said to have been designed by King John near the same time it was granted a royal charter, making it a borough. The original seven streets were laid out in a H shape: Bank Street (now Water Street), Castle Street, Chapel Street, Dale Street, Juggler Street (now High Street), Moor Street (now Tithebarn Street) and Whiteacre Street (now Old Hall Street).

In the 17th century there was slow progress in trade and population growth. Battles for the town were waged during the English Civil War, including an eighteen-day siege in 1644. In 1699 Liverpool was made a parish by Act of Parliament, that same year its first slave ship, Liverpool Merchant, set sail for Africa. As trade from the West Indies surpassed that of Ireland and Europe, and as the River Dee silted up, Liverpool began to grow. The first commercial wet dock was built in Liverpool in 1715. Substantial profits from the slave trade helped the town to prosper and rapidly grow, although two prominent local men, William Roscoe and Edward Rushton, were at the forefront of the abolitionist movement.

In the early 19th century Liverpool played a major role in the Antarctic sealing industry, in recognition of which Liverpool Beach in the South Shetland Islands is named after the city.

By the start of the 19th century, 40% of the world's trade was passing through Liverpool and the construction of major buildings reflected this wealth. In 1830, Liverpool and Manchester became the first cities to have an intercity rail link, through the Liverpool and Manchester Railway. The population continued to rise rapidly, especially during the 1840s when Irish migrants began arriving by the hundreds of thousands as a result of the Great Famine. By 1851, approximately 25% of the city's population was Irish-born. During the late 19th and early 20th centuries, Liverpool was drawing immigrants from across Europe. This is evident from the diverse array of religious buildings located across the city, many of which are still in use today. The Deutsche Kirche Liverpool, Greek Orthodox Church of St Nicholas, Gustav Adolfus Kyrka, Princes Road Synagogue and St. Peter's Roman Catholic Church were all established in the late 1800s to serve Liverpool's growing German, Greek, Jewish, Nordic and Polish communities respectively.

The Housing Act 1919 resulted in mass council housing building across Liverpool during the 1920s and 1930s. Thousands of families were rehoused from the inner-city to new suburban housing estates, based on the pretext that this would improve their standard of living, though this is largely subjective. A large number of private homes were also built during this era. The process continued after the Second World War, with many more new housing estates being built in suburban areas, while some of the older inner city areas were also redeveloped for new homes. The Great Depression of the early 1930s saw unemployment in the city peak at around 30%.

During the Second World War there were 80 air-raids on Merseyside, killing 2,500 people and causing damage to almost half the homes in the metropolitan area. Significant rebuilding followed the war, including massive housing estates and the Seaforth Dock, the largest dock project in Britain. Much of the immediate reconstruction of the city centre has been deeply unpopular, and was as flawed as much town planning renewal in the 1950s and 1960s – the portions of the city's heritage that survived German bombing could not withstand the efforts of urban renewal. Since 1952 Liverpool has been twinned with Cologne, Germany, a city which also experienced severe aerial bombing during the war. Liverpool was the port of registry of the ill fated ocean liner, the RMS Titanic. The words Titanic, Liverpool could be seen on the stern of the ship that sank in April 1912 with the loss of 1,517 lives (including numerous Liverpudlians). A Memorial to the Engine Room Heroes of the Titanic is located on the city's waterfront

Like most British cities and industrialised towns, Liverpool became home to a significant number of Commonwealth immigrants after World War II, mostly settling in older inner city areas such as Toxteth. However, a significant West Indian black community had existed in the city as long ago as the first two decades of the 20th century.

In the 1960s Liverpool was the centre of the "Merseybeat" sound which became synonymous with The Beatles and fellow Liverpudlian rock bands.

From the mid-1970s onwards Liverpool's docks and traditional manufacturing industries went into sharp decline. The advent of containerisation meant that the city's docks became largely obsolete. By the early 1980s unemployment rates in Liverpool were once again among the highest in the UK, standing at 17% by January 1982 - although this was just over half of the level of unemployment that was affecting the city in an economic downturn 50 years previously.

In recent years, Liverpool's economy has recovered and has experienced growth rates higher than the national average since the mid-nineties.

At the end of the 20th century Liverpool was concentrating on regeneration, a process which still continues today.

Previously part of Lancashire, and a county borough from 1889, Liverpool became in 1974 a metropolitan borough within the newly created metropolitan county of Merseyside.

To celebrate the Golden Jubilee of Elizabeth II in 2002, the conservation charity Plantlife organised a competition to choose county flowers; the sea-holly was Liverpool's final choice.

Capitalising on the popularity of 1960s rock groups, such as The Beatles, as well as the city's world-class art galleries, museums and landmarks, tourism has also become a significant factor in Liverpool's economy.

In 2004, property developer Grosvenor started the Paradise Project, a £920 m development centred on Paradise Street, which involved the most significant changes to Liverpool's city centre since the post-war reconstruction. Renamed 'Liverpool ONE', the centre opened in May 2008.

In 2007, the city celebrated the 800th anniversary of the foundation of the borough of Liverpool, for which a number of events were planned. Liverpool is a joint European Capital of Culture for 2008. The main celebrations, in September 2008, included La Princesse, a large mechanical spider which is 20 metres high and weighs 37 tonnes, and represents the "eight legs" of Liverpool: honour, history, music, the Mersey, the ports, governance, sunshine and culture. La Princesse roamed the streets of the city during the festivities, and concluded by entering the Queensway Tunnel.

Spearheaded by the multi-billion Liverpool ONE development, regeneration has continued on an unprecedented scale through to the start of the early 2010s in Liverpool. Some of the most significant regeneration projects to have taken place in the city include the new Commercial District, King's Dock, Mann Island, the Lime Street Gateway, the Baltic Triangle, RopeWalks and the Edge Lane Gateway. All projects could however soon be eclipsed by the Liverpool Waters scheme which if built will cost in the region of £5.5billion and be one of the largest megaprojects in the UK's history. Liverpool Waters is a mixed use development which will contain one of Europe's largest skyscraper clusters. The project received outline planning permission in 2012, despite fierce opposition from the likes of UNESCO who claim it will have a damaging effect on Liverpool's World Heritage status. 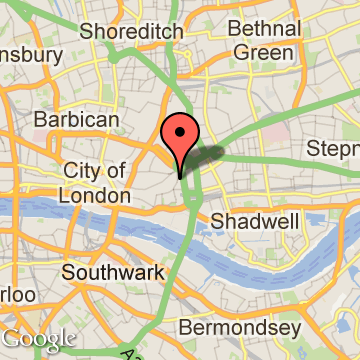