The town of Hailakandi is located in the Indian state of Assam. This town is a very popular tourist destination in the region, and many tourists flock to this place, as it is culturally rich and it has many important religious locations. The town is not very crowded, and can serve as the perfect base for people who are interested in visiting a sparsely populated region that has abundant natural beauty. Tourists thus see Hailakandi as a place to unwind and relax in. There are two major religious centers in the region which attract pilgrims from around the country.
Tourists visit the town of Hailakandi because of its natural setting. The town of Hailakandi is located in a district of the same name, and the entire region is covered with thick forests. Almost 50% of the region is under forest cover, and these forests are primarily unexplored, and you can take a trip through them during your stay in Hailakandi.
During your trip to the town of Hailakandi, you can visit the Siddyashar Bari Sibmandir, which is a very popular tourist destination in the region. This temple is located in the Badarpur Ghat region, and Pach Pirr Mukan is another very important destination that you must visit during your trip to Hailakandi.

Must See Places in Hailakandi, India

It was constituted as a civil subdivision on 1 June 1869. Subsequently, it was upgraded to district in 1989. It is to be noted that according to some scholars,the name "Hailakandi" has been derived from the Sylheti word "Hailakundi". The later history of Hailakandi is intricately linked to Abdul Matlib Mazumdar (1890–1980). In 1946, when India was still under British rule, he became an MLA and also Cabinet Minister of Assam.He was one of the prominent Muslim leaders of eastern India to support Hindu-Muslim unity, opposing the partition of India on communal lines. Mazumdar along with Fakhruddin Ali Ahmed (who later became the 5th President of India) became the most prominent Muslim opponents of the demand for a separate Muslim state of Pakistan, especially in the eastern part of the country. Mazumdar took Master of Arts Degree in English literature from Dhaka University in 1921 and B.L. from Calcutta in 1924. He started legal practice at Hailakandi Bar in 1925. He rose to prominence as a lawyer serving the people of Hailakandi. The then government offered him the post of a Magistrate, which he refused.He joined the Indian National Congress in 1925. He founded the Hailakandi Congress Committee in 1937 and became its first President. Netaji Subhash Chandra Bose and Pandit Jawaharlal Nehru visited Hailakandi in 1939 and 1945 respectively at the invitation of Mazumdar to strengthen the freedom movement as well as the Congress party in southern Assam. It was Netaji who initiated establishment of contact between Moulana Abul Kalam Azad and Matlib Mazumdar for gearing up nationalist Muslims against a growing Muslim League in the region.Mazumdar became the first Chairman of Hailakandi township in 1939 and in 1945 he became the first Indian Chairman of the Hailakandi Local Board, a post always held by the European tea planters.The Muslim League proved its might in the Muslim-dominated areas of India in 1937 elections. To counter the rising popularity of Muslim League, he successfully organised the Jamiat Ulema-e-Hind movement in Assam. Jamiat was an ally of the Congress having a mass following among the nationalist Muslims. In the very crucial 1946 General Elections just on the eve of India’s independence, he wrested the Muslim majority Hailakandi seat from the hold of Muslim League. That victory virtually sealed the hopes and aspirations of the Muslim League to include southern Assam in Pakistan. It may be mentioned here that in that election, the bulk of the Muslim nominees of the Indian National Congress including Fakhruddin Ali Ahmed (5th President of India in later years) had lost to their Muslim League rivals miserably.Assam's Surma Valley (now partly in Bangladesh) had Muslim-majority population. On the eve of partition, hectic activities intensified by the Muslim League as well Congress with the former having an edge. A referendum had been proposed for Sylhet District (now in Bangladesh). Mazumdar along with Basanta Kumar Das (then Home Minister of Assam) travelled throughout the valley organising the Congress and addressing meetings educating the masses about the outcome of partition on the basis of religion. On 20 February 1947, Moulvi Mazumdar inaugurated a convention – Assam Nationalist Muslim's Convention at Silchar. There after another big meeting was held at Silchar on 8 June 1947. Both the meetings, which were attended by a large section of Muslims paid dividend. He was also among the few who were instrumental in retaining the Barak Valley region of Assam with India.Mazumdar was the leader of the delegation that pleaded before the Radcliffe Commission that ensured that a part of Sylhet (now in Bangladesh) remains with India despite being Muslim-majority (present Karimganj district). Moulvi Mazumdar joined as a Cabinet Minister of Assam in 1946 with the portfolios of Local Self-Government, Agriculture and Veterinary. In 1947, India became free from British rule, when Mazumdar again took charge of the same departments in Gopinath Bordoloi's cabinet as the only Muslim minister (Moulana Tayyebulla was inducted in 1948) and also the lone member from the entire Barak valley region. The entire eastern India was swept by violence just after India's partition and independence on 15 August 1947, scores of Hindus fled the newly created East Pakistan (now Bangladesh) for India, and Muslims fled Assam for East Pakistan. A large number of people lost their lives owing to violence, which resurfaced with more ferocity in 1950. Mazumdar, the only Muslim in the cabinet, along with his cabinet and party colleagues took up responsibility for the safety of both Hindus and Muslims in Hailakandi, touring affected areas and arranging camps and rehabilitation for the refugees, organizing supplies and security.He continued as a Cabinet Minister in Bishnuram Medhi’s cabinet till 1957. His last election was in 1967 when at the age of 77, Mazumdar reached Assam Assembly victorious. He then became the Minister for Law, Social Welfare and Political Sufferers in Bimala Prasad Chaliha’s cabinet. As Law minister, he initiated the separation of executive and judiciary at the district level. During the Bangladesh’s war of liberation in 1970-71, he was in charge of relief-&-rehabilitation of the thousands of refugees who fled the then East Pakistan. He resigned from active politics in 1971. Other posts held by him during his long career are the Chairman, Assam Madrassa Board; Chairman, State Haj Committee and the Pro tem Speaker of the Assam Legislative Assembly (in 1967). He was instrumental in setting up the hajj house [haji musafir khana] at Guwahati. As Chairman of Madrassah Board, he initiated modernization of these theological schools and is also credited for the introduction of English and science in the curriculum of madrassas of Assam. He was the key person to set up centres of higher education at Hailakandi. 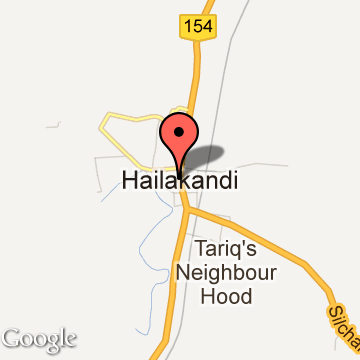