Kaziranga National Park is located in the state of Assam and it has been declared as a world heritage site. The park is a popular place and many tourists can be seen here during the peak tourist seasons. The park is home to the one horned rhino and two thirds of the world’s populations of rhinos are located in the Kaziranga Park. Kaziranga has achieved relatively good amount of success in conservation of wildlife and one can see many species of animals and birds in the park. Some of the animals that can be spotted here are swamp deer, elephants, wild buffalos, Chinese pangolins, Bengal foxes, gibbons, civets, sloth bears, leopards and flying squirrels amongst either. The park is also home to the Indian tiger and it is a tiger reserve. Some of the birds that are present in the park are imperial eagles, fish eagles, herons, storks, pelicans and hornbills. One can opt for safari rides in the park in either jeeps or SUVs and this is the best way to get around the park. Elephant rides can be arranged and they have to be booked in advance as they are popular. There is a wide variety of flora that is available in the sanctuary as well.

Must See Places in Kaziranga, India

The history of Kaziranga as a protected area can be traced back to 1904, when Mary Victoria Leiter Curzon, the wife of the Viceroy of India, Lord Curzon, visited the area. After failing to see a single rhinoceros, for which the area was renowned, she persuaded her husband to take urgent measures to protect the dwindling species which he did by initiating planning for a their protection.On 1 June 1905, the Kaziranga Proposed Reserve Forest was created with an area of 232 km2 (90 sq mi).Over the next three years, the park area was extended by 152 km2 (59 sq mi), to the banks of the Brahmaputra River. In 1908, Kaziranga was designated a Reserve Forest. In 1916, it was converted to a game sanctuary—The Kaziranga Game Sanctuary—and remained so till 1938, when hunting was prohibited and visitors were permitted to enter the park.The Kaziranga Game Sanctuary was renamed the Kaziranga Wildlife Sanctuary in 1950 by P. D. Stracey, the forest conservationist, in order to rid the name of hunting connotations. In 1954, the government of Assam passed the Assam (Rhinoceros) Bill, which imposed heavy penalties for rhinoceros poaching. Fourteen years later, in 1968, the state government passed 'The Assam National Park Act of 1968', declaring Kaziranga a designated national park. The 430 km2 (166 sq mi) park was given official status by the central government on 11 February 1974. In 1985, Kaziranga was declared a World Heritage Site by UNESCO for its unique natural environment Kaziranga has witnessed several natural and human-made calamities in recent decades. Floods caused by overflowing of river Brahmaputra have led to significant losses of animal life. Encroachment by humans along the periphery also has led to a diminished forest cover and a loss of habitat. An ongoing separatist movement in Assam by the United Liberation Front of Asom (ULFA) has crippled the economy of the region,but Kaziranga has remained unaffected by the movement—in fact—instances of rebels from the United Liberation Front of Assam protecting the animals and, in extreme cases killing poachers, have been reported since the 1980s.The park celebrated its centenary with much fanfare in 2005, inviting descendants of Baroness and Lord Curzon for the celebrations. In early 2007, elephants and two rhinoceros were relocated to Manas National Park, the first instance of relocation of elephants between national parks in India. 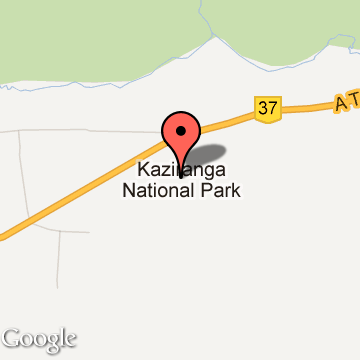