Lilabari is a town that is located in the North Lakhimpur district of the state of Assam. The town is the commercial hub of the state and it is reasonably well developed. There are no places of interest in the town itself. However there are many small towns and cities that are located nearby that are accessible from the town of Lilabari. One can visit the town of Bomdila that is located nearby and there are many Buddhist monasteries that are seen here. The Tawang Monastery is one of the main places of interest in the area and can be reached from the town of Lilabari. One can purchase many fine quality shawls and other artifacts in the place.

There are two lakes that are located in the region and these are the Ganga Lake and the Sela Lake. They are popular tourist sites and one can visit them for picnics or as a day trip. Adventure tourism is popular in the area and there are many trekking sites that are located here. Boating, hiking, rafting and other related activities are possible in the Lilabari region. For those who are interested in angling, there are many fishing spots present here as well.

Must See Places in Lilabari, India

Lilabari is one of the beautiful towns located in the North Lakhimpur district of Assam. It is situated on the banks of River Brahmaputra and provides a beautiful view of the Himalayas. Besides, the hamlet is popular for its airport, which also serves the state of Arunachal Pradesh.

The region was ruled by the Baro Bhuyans, the Chutiya and the Ahoms in the 13th century. At the end of the 18th century, the British ousted the Burmese, who ruined the native kingdoms. By 1838, the area was completely under British administration.

With several modern facilities and infrastructure, the hamlet is one of the commercial hubs of the north-eastern region connected with various towns and cities. Chief attractions of the town are ancient monasteries, including the Tawang Monastery. It is a well known Tibetan worship centre in Lilabari.

Dirang valley and Sela Pass at an elevation of 13,700 feet above sea level are the chief highlights of the destination. The ancient Buddhist monastery of Bomdila is a repository of culture, heritage and crafts. The 400 years old monastery possesses artefacts and other articles of historical and cultural importance. Buddhism is one of the main religions followed in the region and is evident in the monasteries and architecture.

Lilabari can be reached by air and rail transport. The nearest airport to Lilabari is Lilabari Airport that has regular connections with Guwahati. Besides, the closest railway station to the destination is Tezpur of North East Frontier Railway located at a distance of 75 km. The railhead receives frequent trains from cities such as Guwahati and Delhi.

Climatic conditions of the destination are extreme with hot summers and cold winters. Post monsoon months, which include September, October and November, have pleasing weather conditions and are the best time to visit Lilabari. 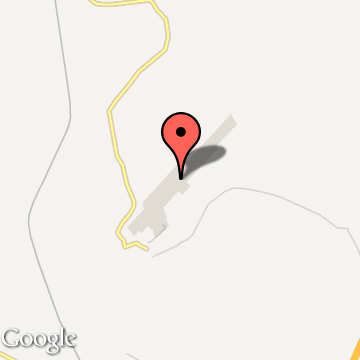