The city of Aligarh  is the district headquarters for Aligarh district, in the Northern Indian state of Uttar Pradesh and 181 miles (291 km) north-west of the largest city of state i.e. Kanpur. It is among the metropolitan cities in India that are known worldwide. It is notable for being the seat of Aligarh Muslim University and for a lock factory. Aligarh is located approximately 90 miles (140 km) south-east of the capital city of New Delhi. The city also houses as the administrative headquarters of Aligarh District and Aligarh Division.

Must See Places in Aligarh, India

Before the 18th century, Aligarh was known as Kol or Koil.caste, the name of a place or mountain and the name of a sage or demon. Study of the place-name indicates that the district was once fairly well covered by forests and groves. The history of the district through the 12th century AD is obscure.

According to Edwin T. Atkinson, the name Kol was given to the city by Balarama, who slew the great Asura (demon) Kol there and, with the assistance of the Ahirs, subdued this part of the doab. In another account, Atkinson points out a "legend" that Kol was founded by the Dor tribe of Rajputs in 372 A.D. This is further confirmed by an old fort, the ruined Dor fortress, which lies at the city centre.

Some time before the Muslim invasion, Kol was held by the Dor Rajputs. In the time of Mahmud of Ghazni, the chief of the Dors was Hardatta of Baran. Statues of Buddha and other Buddhist remains have been found in excavations where the citadel of Koil stood, indicating a Buddhist influence. Hindu remains indicate that the citadel probably had a Hindu temple after the Buddhist temple. 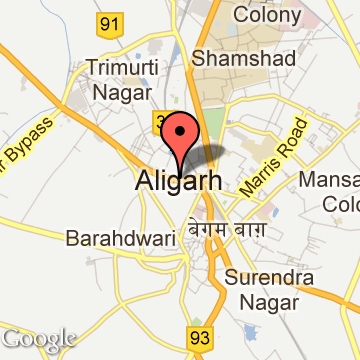