One of the most famous sacred destinations of the Hindus, Mathura is a quaint small town on the western bank of Yamuna River. It is the place where Lord Krishna was born and spent his early days. A famous centre of Buddhism in ancient India, the place was known for great school of sculpture known as Mathura school of Art which flourished under the Kushana dynasty in the 1st century AD.

One of the seven sacred cities (Sapta Mahapuris) and an important place of pilgrimage, Mathura and the surrounding villages of Vrindavan, Goverdhan and Gokul are popularly referred to as "Braj-Bhoomi".

Must See Places in Mathura, India

Mathura has an ancient history. According to the Archeological Survey of India plaque at the Mathura Museum, the city is mentioned in the oldest Indian epic, the Ramayana. In the epic, the Ikshwaku prince Shatrughna slays a demon called Lavanasura and claims the land. Afterwards, the place came to be known as Madhuvan as it was thickly wooded, then Madhupura and later Mathura. The demon that Shatrughan killed in Ramayana, Lavanasura was the progeny of a devout king Madhu who gets Lord Shiva's Trident in a boon in the Puranas. The Puranas ascribe the founding of the city to Ayu, the son of Pururavas and the celestial nymph Urvashi. The city might also have got its name from a famous Yadav king Madhu who reigned around 1,600 BCE.

In the 6th century BCE Mathura became the capital of the Surasena mahajanapada. The city was later ruled by the Maurya empire (4th to 2nd centuries BCE) and the Sunga dynasty (2nd century BCE). It may have come under the control of Indo-Greeks some time between 180 BCE and 100 BCE. It then reverted to local rule before being conquered by the Indo-Scythians during the 1st century BCE. Archaeological evidence seems to indicate that, by 100 BCE, there was a group of Jains living in Mathura

Mathuran art and culture reached its zenith under the Kushan dynasty which had Mathura as one of their capitals, the other being Purushapura (Peshawar). The dynasty had kings with the names of Kujula Kadphises, Kanishka, Huvishka and Vasudeva. All the Kushans were patrons of Buddhism except Vasudeo, mentioned on coins as Bazodeo. Kanishka even hosted the third Buddhist council, the first two being hosted by Ajatshatru and Ashoka the Great. The headless statue of Kanishka is in the Mathura Museum. 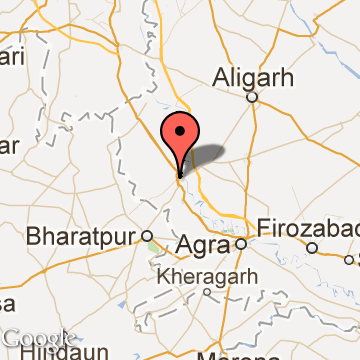