The Mahendergarh town was previously known as Kanaud which took its name from the Kanaudia group of Brahmans. It was founded by Malik Mahdud Khan, a servant of Babur. There is a fort at Mahendergarh which was built by Maratha Ruler, Tantia Tope during the 17th century. This fort was named as Mahendergarh in 1861 by Narinder Singh, the ruler of the erstwhile princely state of Patiala, in honor of his son, Mohinder Singh and consequently the town came to be known as Mahendergarh. The name of Narnaul Nizamat was changed to "Mohindergarh Nizamat".

Must See Places in Mahendragarh, India

Mahendragarh was earlier known as 'Kanaud' because of its association with Kanaudia group of Brahmans1. During the middle of the nineteenth century, it came to be known as Mahendragarh. How it was known in earlier periods is not known. Possibly it may have formed a part of the Kurujangala2, a territorial designation known to traditional literature.

Although the nomenclature of the district is not very old, the antiquity of the area it covered can be stretched to earlier periods also. The Archaeological explorations conducted in the region have brought to light late- Harappan sites specially from its Rewari tahsil3. This type of evidence along with Painted Grey Ware, Northern Black Polished Ware and Early Historical Ware is gathered from the adjoining districts of Bhiwani and Gurgaon4. In the absence of archaeological excavations in the district nothing more can be added to what has been stated above. So far not a single PGW site has come to light in the district, perhaps suggesting the north-eastward migrations of the Aryans from the banks of the Saraswati and the Drisadvati possibly due to the drying up of their courses. Most of the sites explored in the district belong to the late-medieval period. The district, it may further be pointed out, might possibly have remained outside the main stream of Aryan culture and hence has not been specifically mentioned in the traditional literature as an independent territorial unit. In the absence of evidence it also becomes extremely difficult to trace the successive stages in the historical growth of the region. 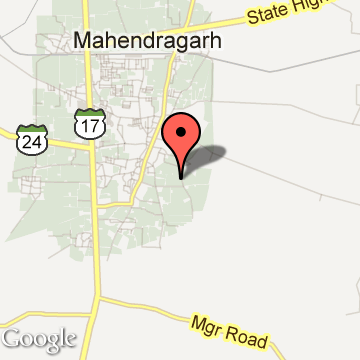