Morni is a village and tourist attraction in the Morni Hills in the Panchkula district of the Indian state of Haryana. It is located around 45 kilometres (28 mi) from Chandigarh, and is known for its Himalayan views, flora, and lakes. The name of Morni is believed to have been the name of a queen who once ruled the area.

The Morni Hills are offshoots of the Shivalik range of the Himalayas, which run in two parallel ranges. The village of Morni lies on the mountainside, at 1,220 metres (4,000 ft) above mean sea level. Among the spurs of the hills lie two lakes, the larger of these being about 550 metres (1,800 ft) long and 460 metres (1,510 ft) broad, and the smaller around 365 metres (1,198 ft) either way. A hill divides the two lakes, but there is theorised to be a hidden channel linking them, as the water level of two lakes remains roughly the same. Morni locals look upon the lakes as sacred.

The Morni hills are a delightful hillside destination  just 45 km from Chandigarh. These hills are an off-shoot of the Shivaliks and run in two parallel ranges from south-east to north-west. Between them, the ground is broken by projecting spurs. Through these valleys the river  Ghaggar makes its way.

Haryana Tourism caters to tourists here from its Mountain Quail tourist  resort. A comfortable motel is situated ideally on the hill top overlooking a beautiful valley. A delightful restaurant and a bar with lush green lawns beckons tourists.

Among the spurs of the hills, lie two lakes.  The larger is about 550 metres long and 460 metres  broad. The other lake is 365 metres either way. A small hillock  divides the lakes, but there is some hidden connection between  the two, as the water level of the two lakes remains the same. In the hills the remains of an old fort speaks of the history of the place. Locals tell us that the fort belonged to the Queen of Morni Hills. The upper  crest of  the hills are covered by pine trees. The climate is salubrious and the hills provide ample opportunities for trekking.

For water sports like boating, canoeing, kayaking and sailing, a minimum depth of  5 to 6 feet is required, which is also available in the lakes we see here.

The picturesque location of Morni hills, is an excellent retreat from maddening crowds and pollution. Crowned by pockets of pine trees, the hills look green and blue.

There are two lakes in Morni Hills which are connected to each other in a mysterious manner and are even separated by a hillock. It is considered to be an auspicious and sacred lake by the locals and they gather here on various ceremonial occasions. The water level in both these lakes remains the same as these both are connected to each other through a channel in a hidden way. There is a small temple situated on the banks of the lake which holds a Trimurti from the 12th century when Shiva Temple also existed. Many people come to these lakes for trekking as well. Trekking can also be done towards the bank of the river Ghaggar which flows through Morni. 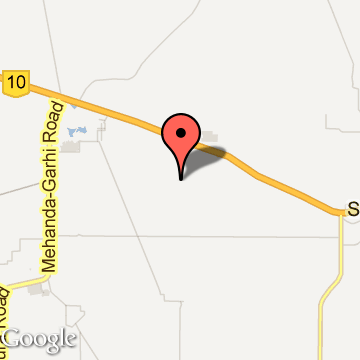