Kalanaur is a city and a municipal committee in Rohtak district of the north Indian state of Haryana.

Emperor Janamejaya  was the son of Maharaja Parikshit and great-grandson of Arjuna the valiant warrior hero of the Mahabharata epic.

Emperor Janamejaya's younger brother, Prince Kakshasena established a separate independent kingdom at Indraprastha, which later rose to become a dominant force in its own right.

After a while, Emperor Janamejaya’s youngest brother Raja Nakay Rao established a kingdom at Kalanaur in Northern Punjab. Modern day political boundaries today locate Kalanaur City in the district of Rohtak in Haryana, India. The very name Jarral was adopted like other Rajputs did in different times after their apical ancestor, Raja Jir Rao, a Rajput direct descendant of Emperor Janamejaya and the Pandavas of the Mahabharata.

The Jarral Rajas ruled the state established by Raja Nakay Rao in Northern Punjab from its capital Kalanaur for over 350 years until Ghauris invaded Punjab and Prithviraj Chauhan was defeated in 1192. The Rajas of Punjab though independent, had accepted Prithviraj Chauhan as their supreme leader to jointly fight invaders except for the Rathod Raja Jaichand of Kannauj.

Since, Jarrals had accepted Islam after the defeat in 1192, their history from Kalanaur has been deliberately erased completely. Fortunately Mahakaleshwar Temple at Kalanaur and Mukeshwar Temple at Shahpur Kandi indicate that Kalanaur existed much before the two sisters Kala and Noor mentioned in the gazetteer as founder of Kalanaur .These two religious sites confirm Rajput rule over the area.

Besides Mughals, Kalanaur also contains important symbols of history dating back to 1000 AD. In 1000 AD it was the only important town between Lahore and Nagarkot (Kangra).

The historians of the district lament that even the government has been apathetic to the history in and around Kalanaur. Bricks from most of the important historical buildings in and Kalanaur were used for the construction of the Amritsar-Pathankot railway line in 1884.

The historians have demanded that history in Kalanaur should be conserved by the government.


Must See Places in Kalanaur, India 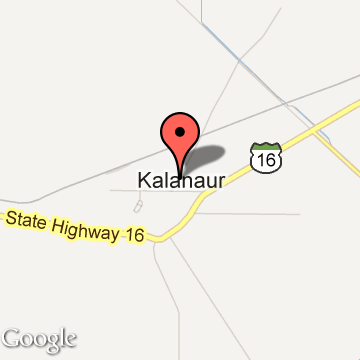