Shahid Bhagat Singh Nagar district is formerly known as Nawanshahr district. This is one of the districts in the state of Punjab in North-West Republic of India. It consists of two Sub -Divisions Nawanshahr and Balachaur. There are three legislative seats in the district, Nawanshahr, Balachaur and Banga. They fall under the Anandpur Sahib Lok Sabha Constituency. Now " Banga" is also third sub division of the district.

Must See Places in Nawanshehar, India

Shaheed Bhagat Singh Nagar district was carved out of Hoshiarpur and Jalandhar districts of Punjab on November 7, 1995, as the sixteenth district of Punjab State named from the headquarters town of Nawanshahr. Nawanshahr town is said to have been built by an Afghan Military Chief, Nausher Khan. Previously it was called "Nausar" but with the passage of time, the town came to be known "The Nawanshahr". Nawanshahr has been the stronghold of the Muslim Ghorewaha Rajputs allied to King Akbar via kinship ties, and the Jats.

The Scheduled Caste population is more than 40%, one of the highest percentage in India.

Nawanshahr became the District in 1995 during S.Harcharan Brar Govt., with the strong efforts of Late S.Dilbag Singh, Former Cabinet Minister and the then MLA of Nawanshahr. People of this district are economically sound. Large numbers of families from the district have settled abroad. Consequently huge remittance is being received back in India which contributes to the district's economic development and prosperity. The prosperity of Doaba area can be appreciated by the fact that price of land here is sky-scraping and almost far more than most of the districts in the state except Ludhiana, and Chandigarh. Nawanshahr is rising due to the currency coming from NRI Punjabi people who have settled abroad. Nawanshahr also has a rail track connecting it with Jalandhar, Rahon and Jaijon.

This region has abundant health facilities. Here Private clinics and Nursing homes not only surprise with their numbers but also some of them claim to have latest medical equipments. There are adequate number of Government Hospitals, Dispensaries and Primary Health Centers in this area. The hospitals in Nawanshahr have capacity of 64 beds and are equipped with latest medical tools. Banga and Balachaur hospitals are having capacity of 30 beds each. Also Mukandpur, Urapar, Sujjon, Saroya and Muzzaffarpur are provided all kinds of health services. Even for every village of the district health services are available. Veterinary hospitals are available in Nawanshahr, Rahon, Saroya and Balachaur.

On September 27, 2008 at Khatkar Kalan, eight km from Nawanshahr, the Punjab government announced that a district in the state would be named after freedom fighter Bhagat Singh. The announcement was made by Punjab Chief Minister Parkash Singh Badal at the ancestral village of the Shahid Bhagat Singh to mark his 101st birth anniversary and Nawanshahr district was renamed Shahid Bhagat Singh Nagar. 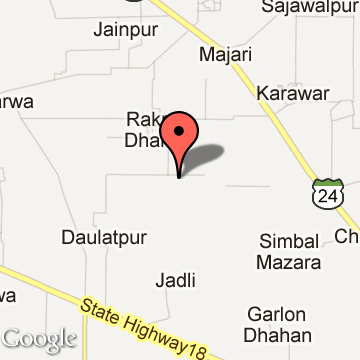