Must See Places in Morbi, India

It’s called once in Morbi, There were rivers of Milk and Ghee(Butter). This mean Morbi was too prosperous. On that time Morbi was among the Strongest states of India. Morbi Was ruled by many Kingdom. From Mughal Empire to Rajputs and Britishers. From Qutb-ud-din Aybak to Lakhdhirji Thakor.

But Morbi got it’s true shine in the era of Sir Waghjee Thakor and Lakhdhirji Thakor. After the death of Ravajiraj, In 1870, his son Waghjee Thakor became the King of Morbi. On that time Waghjee Thakor was just only 13.  So due to his young age, Britishers took the Control of Morbi. In 1879, After becoming eligible, He was announced the King of Morbi. From the very next day he started to increase the prosperity of Morbi Kingdom. He started to build, in 1886, Railway lines for the For the convenience of people and transportation. Not only transportation he built Schools, Colleges and Hospitals also. 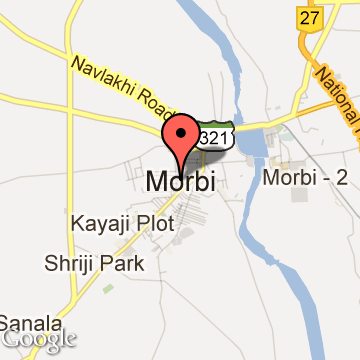