Marayoor, the land that could rightly be called heaven on earth. Exotic and pristine, Marayoor is a unique place where natural beauty meets adventure. With enchanting beauty, magnificant history, mesmerizing art and the captivating wildlife - Mrayoor offers diversity in every aspect of its land and culture This is the only place in Kerala that has a natural growth of sandalwood trees. The sandalwood factory of the Forest Department, the caves (muniyaras) with murals and relics from the New Stone Age civilization and the children's park spread across a hectare of land under the canopy of a single Banyan tree are of great interest to tourists. Thoovanam Waterfall and Rajiv Gandhi National Park are also nearby. Marayoor occupies a vast area on the slopes of the Western Ghats in Idukki district and is an important pre-historic site in Kerala. Apart from the Dolmenoid cists (Dolmenoids were burial chambers made of four stones placed on edges and covered by a fifth one called the cap stone) in Muniyara, Marayoor is famous for its natural sandalwood forests and pre-historic rock paintings.

Must See Places in Maraiyoor, India

Marayur claims to be a part of a Stone Age civilization that is as old as 10,000 B.C. Its is also home to a later period of large-scale dolmen-building.The land and its unique dolmens, caves, rock edicts and engravings declare its rich heritage. People migrated from Tamil Nadu to this area when the Madurai king Thirumalainaicker was defeated by Tippu Sultan, in the eighteenth century CE. Migrated people created five villages which are Kanthalloor, Keezhanthur, Karayur, Marayur and Kottakudi. These villages were called as ‘Anju nadu, literally meaning “five lands”. However these place names are very old and aboriginal tribes still live in these villages, with their unique customs. 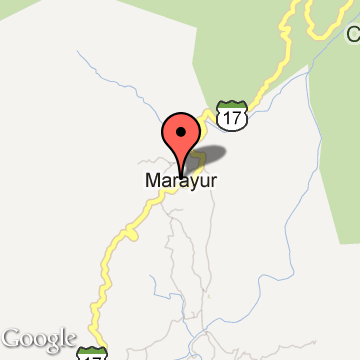