Kottayam is a city in the Indian state of Kerala. The city of Kottayam is also called as "Akshara Nagari" which means the "City of Letters" considering its contribution to print media and literature.

Kottayam is located in southern Kerala and is also the administrative capital of the Kottayam district.The town is an important trading center of spices and commercial crops, especially rubber.It is believed that the name kottayam originated from the Malayalam words "kotta" meaning fort and "akam" meaning inside, giving the word the meaning of "the interior of the fort". The old town of Kottayam was originally founded on the hilltop now known as Kunnumpuram.  This fortress was called Thaliyil Kotta and was founded by the local chieftain or RAJA known as the Thekkumcoor RAJA. The small hamlet  developed within the walls of the fort and thus was derived the present name from the words "Kottackk Akam" which literally means  "Inside the Fortress".  It is commonly believed that down the ages this gradually assumed its present form, Kottayam.

Kottayam is an important commercial centre of Kerala, India, thanks to its strength as a producer of cash crops. Most of India's natural rubber originates from the acres of well-kept plantations of Kottayam, also home to the Rubber Board, One of the country's primary commodities board. Kottayam, among the state's more mountainous districts, provides some of Kerala's finest natural scenes sandwiched as it is between serene palm-fringed backwaters on the west and the Western ghats on the east.

Bordered by the lofty and mighty Western Ghats on the east and the Vembanad Lake and paddy fields of Kuttanad on the west, Kottayam is a land of unique characteristics. Panoramic backwater stretches, lush paddy fields, highlands, hills and hillocks, extensive rubber plantations, places associated with many legends and a totally literate people have given Kottayam District the enviable title: The land of letters, legends, latex and lakes. The city is an important trading center of spices and commercial crops, especially rubber.

Must See Places in Kottayam, India 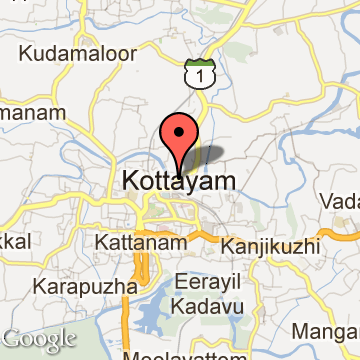