Appropriately called the City of Temples because of the profusion of shrines dotting the landscape, Jammu is a travel destination on its own right. Studded with an incredibly beautiful landscape, this southernmost unit of the state of Jammu & Kashmir nestles in the foothills of the Himalayas.

Once seat of power of the Dogra Rajas, this winter capital of the state is the leaping off point for the magnificent religious and natural attractions that lure the tourists and devotees to the other parts of the region. In Jammu you can visit beautiful temples, palaces and relics of the past and enjoy the city’s peaceful atmosphere with delightfully stunning tourist sights.

Must See Places in Jammu, India

Many historians and locals believe that Jammu was founded by Raja Jambu Lochan in the 14th century BC. During one of his hunting campaigns, he reached the Tawi River where he saw a goat and a lion drinking water at the same place. Having satisfied their thirst, the animals went their own ways. The Raja was amazed, abandoned the idea of hunting and returned to his companions. Recounting what he had seen, he exclaimed that this place, where a lion and a lamb could drink water side by side, was a place of peace and tranquility. The Raja commanded that a palace be built at this place and a city was founded around it. This city became known as Jambu-Nagar, which then later changed into Jammu. Jambu Lochan was the brother of Raja Bahu Lochan who constructed a fort on the bank of river Tawi. Bahu Fort is a historical place in Jammu.

The city name figures in the ancient book Mahabharata. Excavation near Akhnoor, 20 miles (32 km) from Jammu city, provides evidence that Jammu was once part of the Harappan civilisation.

Remains from the Maurya, Kushan, Kushanshahs and Gupta periods have also been found in Jammu. After 480 AD the area was dominated by the Hephthalites and ruled from Kapisa and Kabul. They were succeeded by the Kushano-Hephthalite dynasty from 565 to 670 AD, then by the Shahi from 670 to the early 11th century, when the Shahi were destroyed by the Ghaznavids.

Jammu is also mentioned in accounts of the campaigns of Timur. The area witnessed changes of control following invasions by Mughals and Sikhs, before finally falling under the control of the British. Upon the Partition of India, it became part of India following the Kashmir war.

Once a seat of the Dogra Rajput dynasty, Jammu came under the control of Maharaja Ranjit Singh Ji in the 19 century and became a part of the Sikh Empire. Maharaja Ranjit Singh soon appointed Gulab Singh Ji the ruler of Jammu. After the death of Maharaja Ranjit Singh, Punjab, The Sikh Empire was defeated by the British after Maharaja Duleep Singh was taken by the British to England under the orders of The Company. Not having the resources to occupy the hills immediately after annexing parts of Punjab, the British recognised Maharaja Gulab Singh, the strongest ruler north of the Sutlej River, as ruler of Jammu and Kashmir. But for this he had to pay a sum of Rs. 75 Lakhs in cash—this payment being legal as the Maharaja was a former vassal of the Sikh Empire and was partly responsible for its treaty obligations. Maharaja Gulab Singh is thus credited as the founder of Jammu and Kashmir.

During the partition of India the ruler was Maharaja Hari Singh and he along with all the other princes was given the choice according to the instruments of partition of India in 1947, to freely accede to either India or Pakistan, or to remain independent. the princes were however advised to accede to the contiguous dominion, taking into consideration the geographical and ethnic issues. 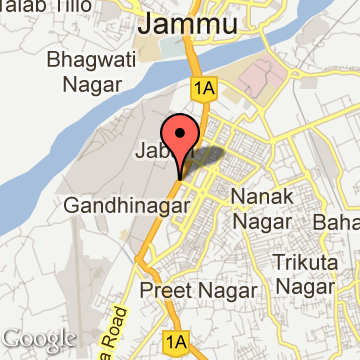