Leh is the district headquarters of Leh district in Ladakh in the state of Jammu Kashmir in India. Situated at an altitude of 3524 metres (11,562 ft) above sea level, Leh sports harsh cold desert climate with minimum temperatures dipping to about -40 degrees in winter months between November and March. But in summer you may expect temperature hovering around 30 degrees with clear skies and arid weather as Leh falls in the rain-shadow area of the Himalayas. In fact, also known as the ‘Rooftop of the World’, Leh is probably the only place on earth where one can get a ‘frost-bite’ and a ‘sun-burn’ - both together.

Rock engravings and archaeological finds indicate that the early inhabitants of Ladakh living here for thousands of years were nomadic tribals or Changpas from the Tibetan plateau. They were later joined by Buddhists from northern India called the Mons, in the 4th and 5th centuries AD by the Indo-Aryan Dards.

Migrating along the course of the Indus, the Dards introduced irrigation and settled cultivation into this region. The Muslim Baltis came in from Central Asia to settle around Kargil. In Roman times, Ladakh was a major trading centre on the Silk Route between China and the Mediterranean. The first independent kingdom that consolidated the entire region was established in the 9th century. At the same time, Buddhism was introduced in the region by great teachers like Padmasambhava (Guru Rimpoche). Towards the end of the 10th century, Ladakh came under the rule of the Thi dynasty, which established its capital at Shey. The Thi rulers built great forts and palaces, and also shifted their religious order more towards Tibetan Buddhism with its strong tantric aspects. In 1533, Soyang Namgyal established the Namgyal dynasty, which extended its empire up to the outskirts of Lhasa. The capital was shifted to the more strategically located Leh, where the descendants of the Namgyal dynasty still live. In the late 16th and 17th century, Ladakh was invaded by the Muslim Baltis.

In the tumultuous years after India’s independence, Ladakh also experienced some of the fiercest battles. In 1950, Chinese troops occupied Aksai Chin, which they claimed to be part of China. Their army marched deep into Ladakh, building roads and bridges without the knowledge of Indian authorities to link Tibet with Xinjiang. Though contested by India, the territorial dispute has never been settled. In 1962, China launched a full-scale war on India, with Ladakh as one of the fronts. In the aftermath of this war, Ladakh grew in importance as a military base. Due to its sensitive location, Ladakh remained closed to foreigners till 1974, when it was opened up for tourists from abroad. The aspirations of the distinctly different Ladakhis led to creation of Autonomous Hill Council within Jammu & Kashmir in 1995. Local councillors with greater decision-making powers govern this council, with its headquarters at Leh. Today, Ladakh has been rediscovered, not as a trade link, but a land of amazing beauty and antiquity. 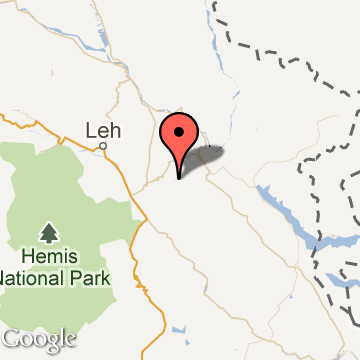