It is also considered as grandest of cities of its time. It is located on the Khadir bet island in the Kutch Desert Wildlife Sanctuary in Great Rann of Kutch and the area of the full site is more than 100 ha (250 acres). The site was occupied from c.2650 BCE, declining slowly after about 2100 BCE.

Discovered in 1967 by J.P. Joshi, this is one of the 5 Harappan remains in the Indian subcontinent. The sophistication and forethought in the city planning of the Harappans is evident in these ruins. Artifacts like seals, ornaments, vessels and utensils made of gold, silver and terracotta; bones and a few items of Mesopotamian origin were found among these ruins. Based on these, archaeologists believe that Dholavira was an important local, as well as cross boundary trade center.

The city is structured as a central fort with much fortification, a surrounding tier of settlements and a lower town. Many reservoirs can also be found here. The water management system was equally sophisticated as the city planning. Stone waterways and reservoirs, making use of the lay of the land, were used for storing and directing the scarce rainwater.

A vast spherical structure, believed to be a burial chamber or memorial, is present in Dholavira. However, no bones or remains can be found inside the structure. In addition, many funerary constructions are present in the area, with several articles like mud seals, bangles and ring engravingsÂ¬ along with them.

Must See Places in Dholavira, India

Dholavira is an ancient town situated in the state of Gujarat. It lies on the North West corner of the Khadir Island and stands surrounded by water in the monsoons. It was discovered in the year 1967 AD. The ruins of the settlement found here are believed to be more than 5000 years old. These excavation sites are one of the largest Harappan sites in India. If you are interested in knowing about the ancient history and the primordial civilization of the country then Dholavira is the perfect place for you.

Dholavira is an ancient metropolitan city of Gujarat and is a must visit on your tour to the famous tourist attractions in Kutch. The city is now in ruins and is locally famous as the Kotada Timba Prachin Mahanagar. Dholavira is one of the biggest and the most remarkable archaeological sites in India that is part of the famous Indus Valley Civilization. The Dholavira Ruins in Kutch is located on the Khadir island. During the monsoons, the place is surrounded by water. 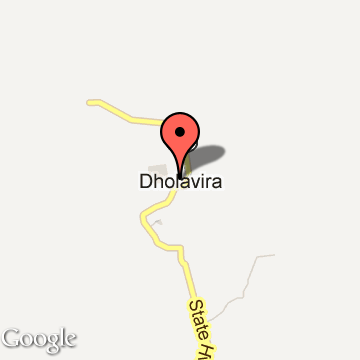