Popularly known as the “Kashmir of Odisha”, Daringbadi beckons with an astounding variety of natural beauty. Situated at an altitude of 3000 ft in the Kandhamal district, this hill station holds great appeal for those with an appreciative eye for exquisite beauty.
Untainted by commercial tourist development, the place is beautified by the pristine valleys as well as pine and coffee gardens.
For wildlife lovers, the place is a compelling destination too. Thick rainforests teem with wild animals.
Daringbadi is the only place in Orissa that receives snow and where the temperature plummets to zero degree during winter. It is no wonder that the place is fast emerging as a summer retreat for tourists.

Must See Places in Daringbadi, India

The ancient history of Kandhamal district may be traced back to the 3rd Century B.C. It finds mention as an unconquered Atavika country fields in the Kalinga Rock Edicts of the legendary Mauryan Emperor, Ashok. This mountainous Atavika rajya unquestionably encompassed the Kandhamal region. Some historians are of the view that Mahayana subdued by the Gupta Emperor, Samudragupta, in the 4th century A.D. , during his Dakshinapatha Campaign, included Kandhamal area and he led his victorious army to the south from Kosala and Kural through this district. He defeated some kings in Ganjam.The present Kandhamal district is made up with some segments of three erstwhile principalities of Boudh, Ghumsar and Khemundi, reined by the Bhanjas and the Gangas from ancient times. Their reign came to an end when the British came to this region in the nineteenth century.G.Udayagiri constituted the northern fringe of Ghumusara kingdom of the Bhanjas. They occupied this state in the 9th Century and continued to rule over it till 1835. Ganjam came under the Britishers in 1765. The Bhanjas could not put up with their interference and aggressive attitude from the very beginning and they raised the banner of revolt frequently against the British. The Kandhas and the Paikas forming the Ghumasar army waged relentless wars under the able leadership of Chakara Bissoyi from 1815 to 1835.Deposing Dhananjay Bhanja for his habitual recalcitrance the British occupied Ghumusar on November 3,1835. Dhananjaya Bhanja died at G.Udayagiri in December of the same year as a fugitive.Balliguda region was under the Gangas of Kandhamal, most probably from the 10th Century and the dynasty ruled over these hilly tracts till the 19th century. British captured this area in phases from 1830 to 1880 by subjugating some hill chiefs, who were the protégés of the Gangas.Ghumusar and Balliguda regions were under the uninterrupted reign of the Bhanjas and Gangas, respectively, for about a millennium. But the Kandhamal area, which was part of Boudh, witnessed a chequered history during the same period.The present Kandhamal sub-division was an integral part of Boudh from time immemorial till 1855. The earliest history of this area is gleaned from a number of copper-plate inscriptions issued by the kings of the early Bhanja dynasty, that reigned over Boudh and Kandhamal in the 8th and 9th Century. Their kingdom was known as Khinjali Mandala. From the 10th Century to the advent of British in this region, Boudh, including Kandhamal, has been governed in succession by the following royal dynasties: the Somavansis, the Chindak Nagas /Telugu Chodas, the Kalchuris and the Bhanjas. The history of Boudh-Kandhamal for 500 years prior to the coming of the British is however, still nebulous. The Britishers launched a vigorous campaign in these hilly tracts with the objectives of annexing the areas to their empire and suppressing the abominable practice of human sacrifice, then prevalent among the Kandhas. The Britishers encountered stiff resistance from the tribals for a prolonged period of 20 years from 1835 to 1855. As the Boudh Raja utterly failed to curb the horrendous ritual of the tribals, the British truncated a large area, where the Kandhas were predominant,from Boudh on February 15,1855 and named this newly annexed territory as Kandhamal.After British conquest of Uttar Ghumasar (G.Udayagiri area) and Uttar Khemundi (Balliguda area) these territories were placed under the administration of the Collector of Ganjam district. These areas remained under the control and administration of the British until India attained her independence.Kandhamal remained a Tahasil from 1855 to 1891 and it was administered by a Tahasildar under the direct control and supervision of the  superintendent of the Tributary mahals of Cuttack. In 1891, it was upgraded to subdivision and tagged with Anugul district. When the new province of Orissa was formed in 1936, and Ganjam was merged with Orissa, from the Madras presidency,Kandhamal became a sub-division of Ganjam. In the wake of the amalgamation of the princely states with Orissa in January 1948, Boudh and Kandhamal constituted the new district of Boudh-Kandhamal, with its headquarters at Phulbani. Balliguda sub-division was added to Boudh-Kandhamal district on 1.1.1949. With the secessionof Boudh from Phulbani district as a separate district only Balliguda and Kandhamalsub-divisions remained with Phulbani district, which was later rechristened asKandhamal in June, 1994. 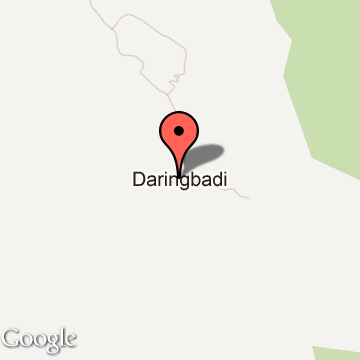