Balasore is a strategically located city in the state of Odisha, about 194 kilometres (121 mi) north of the state capital Bhubaneswar, in eastern India. It is the administrative headquarters of Balasore district. It is best known for Chandipur beach. It is also the site of the Indian Ballistic Missile Defense Program's Integrated Test Range, located 18 km. south of Balasore. The Defence Research and Development Organisation developed many different missiles such as Nag, Brahmos, Agni missile among others here. The lingua franca is Oriya.

Must See Places in Balasore, India

Balasore district was part of the ancient Kalinga which later became a territory of Toshala or Utkal, till the death of Mukunda Dev. It was annexed by Moghuls in 1568 and remained as a part of their suzerainty up to the middle of eighteenth century, to be precised up to 1750-51.Then the Marahattas occupied this part of Orissa and it became a part of the dominion of the Marahatta Rajas of Nagpur.The East India Company ceded this part through a treaty called treaty of Deogaon in 1803 and it became a part of Bengal Presidency up to 1912.But the first English Settlement came into existence in Balasore region in 1634 while Sahajahan was the emperor at Delhi. The first of English factories was established in this region in 1640.During this period Dutch and Danish settlements were also founded inthis region.  Balasore as a separate district was created in October,1828 while it was in the Bengal Presidency.With the creation of Bihar province,Orissa was diverted along with Balasore district from Bengal to Bihar.But with the creation of Orissa as a separate State on 1st April,1936 Balasore became an integral part of Orissa State.The national movement of independence surged ahead with the visit of Mahatma Gandhi in 1921. Similarly Praja Andolan was initiated against the ruler of Nilagiri State.The state of Nilagiri merged with state of Orissa in January,1948 and became a part of Balasore district.In 3rd April,1993 Bhadrak Sub-division became a separate district and from this day Balasore remains a district of Orissa with two Sub-divisions namely Balasore and Nilagiri having 7 Tahasils namely Balasore,Soro,Simulia,Nilagiri,Jaleswar,Basta & Baliapal and 12 Blocks namely Bhograi, Jaleswar, Baliapal, Basta, Balasore, Remuna, Nilagiri, Oupada, Khaira, Soro & Bahanaga. The name of the district is being derived from the name of the town, which is old and important. The name Balasore is recognised from the Persian word BALA-E-SHORE which means “TOWN IN THE SEA”. The historical legend ascribes that the district has been named as per the LORD BANESHWAR (LORD SHIVA) of the town., which subsequently changed to Balasore during MUGHUL Rules.
The district Balasore accounts for people of different religions viz :- Hindu,Muslim,Sikh, Christian etc. with many a caste, creed and community.The copper coin Collected from Bhograi and the collection of statue of Lord Budha from places like Avana,Kupari,Basta & Ajodhya magnify the existence of Budhaism in Balasore and it is expected to be popular during “ Bhoumakar ”.The statue of Lord Jaina at Jaleswar,Balasore & Avana hints about Jainism at Balasore and expected to be popular in 10th –11th century. Balasore is highly famous as for “ Saibapitha ” .Many a temples of (LORD SHIVA ) are seen in various places of Balasore.The temples of Lord Shiva are highly popular at Chandaneshwar Baneshwar Jhadeshwar Panchalingeshwar Bhusandeshwar, Maninageshwar . District Balasore has got fame as “ Saktapitha ” as found from “Bhudhar Chandi” of Sajanagarh,” Danda Kali” of Khantapara and “ Chandi Mandir “ of Kharjureshwar.The Sun temple of Ajodhya, Seragarh, Nilagiri & Bardhanpur Gifts picture about “Sun Devotee “. Vaishnab Dharma was popular from Gupta dynasty.


Vishnu temples at different places of Balasore and Khirochora temple ( built during 2nd Narasingha Dev ) highlights the facts.The two Jagannath temples at the heart of Balasore & Jagannath temple at Nilagiri ,Mangalpur,Gud,Jaleswar,Kamarda,Deuligan & Baliapal magnify the culture of Balasore. Many a Masjids,Churches,Gurudwar ( at Remuna ) etc. identify about different religion and place of workship at Balasore.
The famous festivals like Makara Sankranti, Raja Sankranti,Ganga Mela,Durga Puja,Kali Puja,Gonesh Chaturthi,Saraswati Puja,Laxmi Puja,Bishwakarma Puja,Chandan festival,Car festival, Maha Shivaratri,Dola Purnima, Idd, Moharrum ,Christmas Day etc.are performed with pump and ceremony by the people of Balasore. Balasore is famous for the most attractive and enjoyable game “ Akhada ” played during Durga Puja by Hindus & during Moharrum by Muslims.
The pre Independence Political Scenerio of Balasore is highly commendable and people of Balasore had played dynamic role for separate Orissa province and also for freedom movement.“Inchudi Salt Revolution ( Lavana Satyagrah)” and “Srijang Satyagrah ” for non-payment of Revenue Tax are famous in National Scenerio as part of struggle for freedom movement.
Education plays an important role in Balasore both before and after Independence. At present many a primary & secondary schools both in English and Regional language medium are imparting School Education. Many a Degree Colleges Law College,College of Education,Engineering School and Colleges,Song & Music colleges,Art and Craft Colleges,Industrial Training Institutes, Management Colleges & Computer Institutes are found at different parts of District. Fakir Mohan University of Balasore is in a rappid progressive stage.Balasore is also highly repute in the field of Drama , Theatre ,Music & Litreture. The Radha Govinda Theatre ,Bharati Theatre ,Sunhat Theatre & Juvenile Theatre were highly reputed before Independence and the institutions like Srashtha,Fakir Mohan Natya Parishad, Fakir Mohan Sahitya Parishad, Chadrabhaga, Nrutya Sangeeta Kala Mandir,Sai Kala Mandir etc. after Independence are highly repute in the field of Culture. 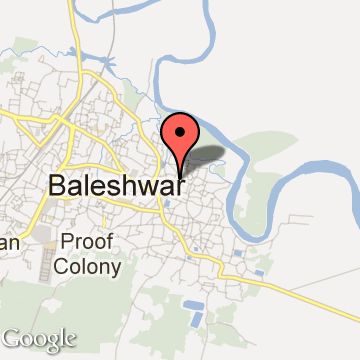