Chilka Lake (Chilika Lake) is a brackish water lagoon, spread over the Puri, Khurda and Ganjam districts of Odisha state on the east coast of India, at the mouth of the Daya River, flowing into the Bay of Bengal, covering an area of over 1,100 km2. It is the largest coastal lagoon in India and the second largest lagoon in the World.

It is the largest wintering ground for migratory birds on the Indian sub-continent. The lake is home to a number of threatened species of plants and animals.

The lake is an ecosystem with large fishery resources. It sustains more than 150,000 fisher–folk living in 132 villages on the shore and islands.

The lagoon hosts over 160 species of birds in the peak migratory season. Birds from as far as the Caspian Sea, Lake Baikal, Aral Sea and other remote parts of Russia, Kirghiz steppes of Mongolia, Central and southeast Asia, Ladakh and Himalayas come here. These birds travel great distances; migratory birds probably follow much longer routes than the straight lines, possibly up to 12,000 km, to reach Chilika Lake.

Must See Places in Chilika, India

Geological evidence indicates that Chilika Lake was part of the Bay of Bengal during the later stages of the Pleistocene period (1.8 million to 10,000 years BP).

Excavations were conducted by the Archaeological Survey of India at Golabai Sasan (20°1′7″N 85°32′54″E) just north of Chilka lake in Khurdha district. Golabai provides evidence of a sequence of Chilka area culture in three phases: Neolithic (c. 1600 BCE), Chalcolithic (c. 1400 BCE to c. 900 BCE) and Iron Age (c. 900 BCE to c. 800 BCE). Radiocarbon dating traced the earliest level of Golbai to 2300 BCE. The site is located on the left bank of the Malaguni River, a tributary of the Daya River, which flows into Chilika Lake. This location, which gave access to the sea via Chilika Lake, gives strong evidence of the maritime activities of this region. The recovery of many woodworking adzes and other artifacts shows that Golabai was a boat-building centre. Significantly, Golabai is the only excavated site in Odisha where boat building has been revealed. This also indicates that Chilka lake was very close to Golabai and it facilitated the maritime trade of people in the area during the ancient period.

Some ancient texts say the southern sector of Chilika was a major harbour for maritime commerce, when Kharavela  the King of Kalinga, was known as Lord of the Sea.

Ptolemy (150 CE), the Greek geographer, referred to Palur as the port Paloura, located close to the point of departure situated outside of the southern tip of the lake at Kantiagarh, from where ships bound for different parts of Southeast Asia sailed. After 639, the Chinese pilgrims Fa-Hien and Hiuen-Tsang mention a famous port "Che-li-ta-loChing" near the shore of the ocean which was a thoroughfare and resting place for seagoing traders and strangers from distant lands. This port was located at ‘Chhatragarh’ on the banks of Chilika Lake. 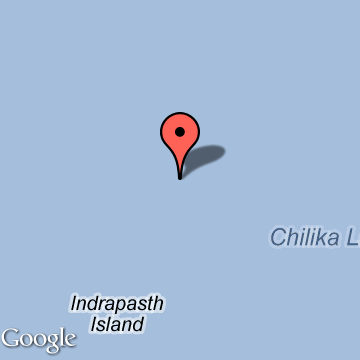