The capital of Orissa, Bhubaneswar is scenic, lively, green and clean, with a rich cultural life. Known for its temples the city is a major centre of attraction for tourist from far and wide.
It is probably the only city that enables an authentic over view of the stages of development of Hindu temple architecture. It is the place where temple building activities of Odishan style flowered from its very inception to its fullest culmination extending over a period of one thousand years.
Today Bhubaneswar is an embodiment of its dashing modernity and glorious past. A favourite excursion from Bhubaneswar is a drive to the pilgrimage town of Puri, also known for its beaches.

Must See Places in Bhubaneswar, India

The history of Bhubaneswar may be viewed as two phases: ancient Bhubaneswar and modern Bhubaneswar. While the ancient city has a history that goes back more than 2000 years, the modern city came into existence in 1948.
Entrance of the State museum
Entrance of the Tribal arts museum
The first mention of Bhubaneswar in Indian history is in the Kalinga War which was held near Dhauli (presently located in south Bhubaneswar) in the 3rd Century BCE. The later Emperor Kharavela established his capital in Sisupalgarh which is on the outskirts of the city. The Hathigumpha inscriptions at the Udayagiri and Khandagiri Caves by Kharavela give a good account of that period which is estimated as 1st-2nd century BCE. Later, innumerable temples built throughout ancient and medieval history in tune with its status as Temple City give a chronicle of the city's history until Indian independence in 1947.
It was the ancient capital of the Kalinga Empire and the architectural legacy of the period is its greatest attraction. There are many sites in the city that testify the importance of the region during the 7th to 11th century CE when the Kalinga kings ruled Orissa and the regions beyond it. The Ananta Vasudeva Temple and Bindusagar Tank in the only temple of Vishnu in the city of Shiva. The temples in Bhubaneswar are thus regarded as having been built from the 8th to 12th century of Shaiva influence.
The Jain and Buddhist shrines give a picture of the settlements around Bhubaneswar in the first two centuries BCE, and one of the most complete edicts of the Mauryan emperor, Ashoka, dating between 272-236 BCE, remains carved in rock five miles to the southwest of the modern city.
In 1st of April, 1936, Orissa became a separate province in British India with Cuttack as its capital. This date is celebrated as Utkal Divas. Notably, Cuttack was Orissa's capital since 12th century. When India got independence in 1947, Orissa became one of the states of the Indian union. But because of Cuttack's vulnerability to floods and space constraints, the capital was changed to Bhubaneswar which was built into a modern city. The city planning of Bhubaneswar was given by German Architect Otto Königsberger. Bhubaneswar was formally inaugurated on April 13, 1948, as the capital of the Orissa.
Modern Bhubaneswar was planned by Königsberger to be a city with wide roads, gardens and parks.Though part of the city has stayed faithful to the plan,it has grown rapidly over the last few decades and has made the planning process unwieldy.
The State Museum of Bhubaneswar offers archaeological artefacts, weapons, local arts and crafts as well as insights into Orissa's natural and tribal history. The Tribal Research Institute Museum with its authentic tribal dwellings, created by the tribal craftsmen offers a view of the State's tribal heritage. 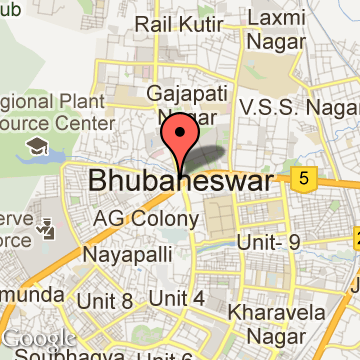