Chidambram is a holy pilgrimage site for devotees of Lord Shiva and Lord Vishnu. Legend has it that Lord Shiva himself came to reside here to please the saints but found that Godess Kali was already in residence.

It was decided that a dance competition would be held and the winner would reside in Chidambram. Lord Shiva performed his cosmic dance Tandav while the Lasya was performed by Goddess Kali. Lord Shiva won the competition and became Lord of Chidambaram.

The dance performed by Shiva came to be known as Oorthuva Thandavam. In recent times, Chidambaram has also become well known for the Annamalai University, the first residential university in Tamil Nadu.

Must See Places in Chidambaram, India

Constructed to signify where Tamil Shaivites identify the centre loci of the universe to be, the shrine, dedicated to Shiva, has witnessed several significant events in the history of Tamil Nadu. A powerful legacy of Dravidian art, its structures and sculptures have attracted pilgrims to Chidambaram for over two millennium. The birthplace of Nataraja when Shaivite worship was highly popular during the Sangam period, Chidambaram had gained a reputation for holiness across the continent by the third century CE and the admiration of the Tamilakkam royals of the early Cholas, Chera dynasty and the early Pandyan Kingdom. Built by the early Cholas to one of their family deities - Nataraja-Koothan - it served as the king and queen's state temple and seat of their monarchs' coronations. The Chola royals underlined their non-partisan approach to religious iconography and faith by also patronizing the Ranganathaswamy Temple dedicated to Vishnu - their other Kuladheivam or "abode of family deity". Chola King Kocengannan who reigned in the first half of the 2nd century CE was born after his parents King Subhadevan and Kamaladevi worshipped in the Thillai Golden Hall (Pon Ambalam). He expanded the shrine in his later life and added to unfinished decorations. Saints Patañjali Tirumular and Vyaghrapada famously worshipped Nataraja at the shrine.The travelling Pallava-Chola king Simhavarman (II or III) who reigned in the 5th-6th century CE was cured of leprosy by bathing in the Shivagangai tank and in gratitude made extensive repairs and additions to the temple. He changed his name to Hiranyavarman or "golden bodied."

The Puranas, Sangam literature and the Tirumurai canon join several epigraphs and murals in highlighting the brilliance of the temple site and the devotion of Patañjali, Vyaghrapada-Pulikaalmunivar and patanjali to Nataraja at Thillai. The sthala puranam as well as umapathi sivacharya's koyil puranam give an account of how an ancient chola prince of kritayugam or first of epochal ages. worshipped the lord's feet at chidambaram and being blessed with a vision of his was further helped by saint vyaghrapada to consecrate a place of worship therewith. The temple murals and some cholan and pandyan literature refer to this sthala puranam.

Later during the 4th or 5th century .C.E, a pallava king called simha varman who was also a nayanmar saint by name aiyatikal kaadavarkon made some compositions and bathed in the tank and attained mukthi at tiru-perum-ppatra-puliyur or chidambaram.

At periodical intervals (12 years in general), major repairs and renovation works are carried out, new facilities added and consecrated. Most old temples have also 'grown' over periods of time with additional facilities, more outer corridors and new gopurams (pagodas) were added by the rulers who patronized the temple. While this process has helped to keep the temples 'alive' as places of worship, from a purely archeological or historical perspective these renovations have unintentionally lead to destruction of the original works - which were not in sync with the latter and usually grander temple plans.

To this general trend, Chidambaram temple is no exception. The origins and developments of the temple are hence largely deduced from allied references in works of literature and poetry, the verbal information passed over generations by the Dikshithar community and from what little, of inscriptions and manuscripts that are available today.

The temple site is very ancient one is known to have been crafted time and again by the ancient craftsmen guild known as perumtaccans. The reference to the same is available in sangam literature as well as other documents. The tevaram trio in particular have held this site to be of great sanctity with some like tirugnanasambandar and sundarar out of devotion being reluctant to set their foot in the place "because it would be an insult to the lord to put one's foot on his abode". The sangam works refer to the temple being favoured by all the three ancient crowns of south, the Neriyan (cholas), chezhiyan (pandyas) and uthiyan (cheras), even if the temple was in what was traditionally chola country. 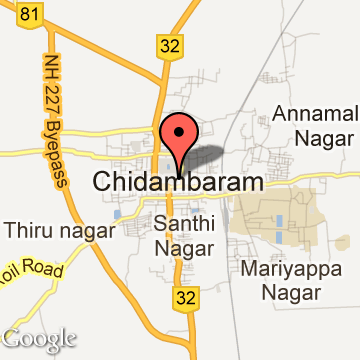