Kanyakumari is located at the southernmost point of peninsular India. It is the meeting point of three great water bodies: the Bay of Bengal, the Arabian Sea and the Indian Ocean. Besides its importance as a pilgrim centre, it is well known for its beautiful views of sunrise, sunset and moonrise over the waters.
From the Sthalapurana of Kanyakumari and the inscriptions found on the premises, we learn that the temple was famous during the period of the later Cholas, and that it was actually built before the ancient Thanjavur temple.

Must See Places in Kanyakumari, India

Kanyakumari District consists of those parts known locally as Nanjil Nadu and Idai Nadu. The names of the villages of the district such as Azhagiapaandipuram, Bhoothapandy, Cholapuram and Kulasekaram reveal that these places were governed by several rulers at difficult periods of time.[clarification needed] It is learnt that Nanjilnadu was under the rule of Pandiyas till the early 10th century and then under Cheras.

The Kalkulam and Vilavancode taluks were under the rule of the Chera Dynasty. When the power of Chola declined due to the rise of Hoysalas and western Chalukyas, the Venad (Travancore) Chieftains (descendants of the central Chera family) took advantage of the situation and gradually established their hold on considerable areas in Nanjilnadu. Veera Kerala Varma, one such chieftain, styled himself as "Nanjil Kuravan". The annexation commenced by Veera Kerala Varma was to a large extent continued by his successors and completed by AD 1115.

For about four centuries, the Venad was ruled by powerful kings who were consistently making incursions into the Pandian territories. As a result Vijayanagar kings proceeded against Venad. In 1609 Kanyakumari fell into the hands of Viswanatha Nayak of Madurai. Consequent on this, there was no serious threat to Nanjilnadu until 1634. During the regime of Ravi Varma and Marthanda Varma, Venad was disturbed by the internal strife.

Sanda Sahib of Arcot took advantage of this situation and attacked Nanjilnadu. Although Marthanda Varma could succeed in the famous battle at Colachel defeating the Dutch armouries who helped the local feudatories, he could not cope with the threat from Sanda sahib and made him to withdraw the battle field. After Marthanda Varma, Venad had weak rulers. Therefore there was frequent interference by the British whose control was completely established over Venad and continued till 1947. From 1947 to 1956, it was under the personal rule of Maharaja of Travancore. During the period between 1956–1961, the administrative system has fallen in line with that of other districts in Tamil Nadu.

*These review is the subjective opinion of only a members and not of 99MustSee!. 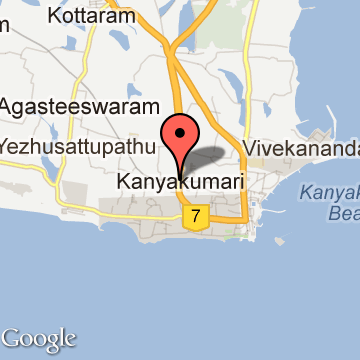