Manjeri is a town and municipality in Malappuram District in the state of Kerala, India, with a population of 83,704 inhabitants at the 2011 Census. It is situated 12 km from Malappuram, 30 km from Karipur International Airport and 50 km from Kozhikode railway station.Manjeri was a centre of Indian nationalist movements. Nellikuth, 6 km from Manjeri was one of the major center of the Malabar Rebellion of 1921. Nellikuth is the birthplace of Ali Musliyar, the rebel leader. Anti-British revolts tool place in 1790 in and around Manjeri.

Must See Places in Manjeri, India

Malappuram district came into existence on June 16, 1969. Malappuram district is composed
of portion of the erstwhile Palakkad and Kozhikode districts. It was carved out of Ernad taluk and
portions of Tirur taluk of Kozhikode district and portions of Perinthalmannna and Ponnani taluks of
Palakkad district. The ancient history of the places comprising of the district is obscure. However,
there are some pre-historic relics found in some parts of the district, particularly Dolmens, Menhirs
and Rock-cut caves. In Manjeri town and in Nilambur village, these relics are found. Rock-cut caves
are also seen in Trumbuli, Puliyakkode, Trikkulam, Urakam, Melmuri, Ponmala, Vallikunnu and
Vengara. The ancient archeological relics include the fortified palace of the eastern branch of the
Zamorin’s family known as Kizhakke Kovilakom. The Zamorins held sway over Malappuram and
their chieftain Para Nambi, ruled the area in early days. There are some renowned old temples in the
district, which have archeological and architectural values. Of them Thirunavaya Vishnu temple,
Triparangode Siva temple, Hanumankavu, Chamravattathu Ayyappankavu, Trikkandiyur Siva
temple, Keraladhiswaram Vishnu temple, Vennayur Vishnur temple and Karikkad Subramonia
temple are important. 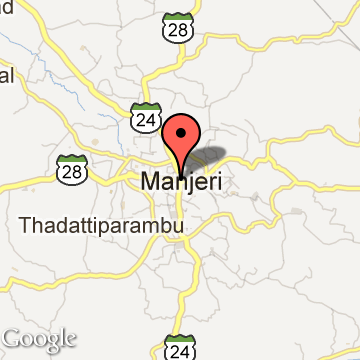