Kumbhalgarh also known as Kumbhalmer or Kumbalgarh is one of the finest examples of the forts constructed to defend the kingdom of Mewar from the enemy forces in the state of Rajasthan. Situated at a distance of about 84kms from Udaipur, Kumbhalgarh is renowned for Kumbhalgarh Fort – a massive structure that was instrumental in protecting Mewar and also for a Kumbhalgarh Wildlife Sanctuary that surrounds the fort. Kumbhalgarh is an ideal weekend getaway for those who are interested in history and wildlife. So come and lose yourself in the captivating charms of this ancient fort town.

Must See Places in Kumbhalgarh, India

Kumbhalgarh in Rajasthan was once the seat of Prince Samprati, who was the Jain descendants of the erstwhile Mauryan Dynasty, who ruled here in the 2nd century.

Rana Kumbha is said to have been the most important ruler of Kumbhalgarh. He is believed to have designed 32 out of the 84 fortress that were then used for aiding Mewar. At that time, it also served as a safe haven for Mewar’s rulers during the times of contention.

The city is also associated with Prince Udai, who is said to have been smuggled out of Chittor in the year 1535, when Chittor was under the siege of the Mughals. The prince later became the king and founded the city of Udaipur.

The combined forces of Emperor Akbar, Raja Man Singh of Amber and Raja Udai Singh of Marwar, led to the siege of Kumbhalgarh. 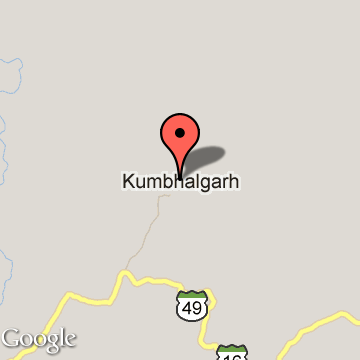