Baran town is carved out of Kota city is situated further into the Hadoti region of Rajasthan. The region is less crowed and attracts tourists who like to wander through isolated areas and in the interiors one can chance upon a ruined temple here and an abandoned fortress there.

There are wooded hills and valleys that provide shelter to a large variety of wildlife of Rajesthan.

Must See Places in Baran, India

Baran city was under Solanki Rajputs in the 14th -15th century. It is not exactly known that when the main town of the twelve villages under Solanki's was being named as 'Baran'. There are several thoughts for it, like some says since it was formed by twelve villages so it is called 'Baran', others says since the city was built by the 12 nearby villagers so it is named as 'Baran'. There are also saying that since the soils of the area is mostly 'Barani' so it is called 'Baran'. In the year 1948, joint Rajasthan was formed and that time Baran was one of the districts in the joint Rajasthan. On 31 March' 1949, Rajasthan was reconstituted and that time Baran district headquarters was converted into Sub Division headquarters of Kota district. It is also worth noting that "Baran" in Urdu means "rain" and no wonder that Baran has the second highest rainfall in the state after Banswara district. 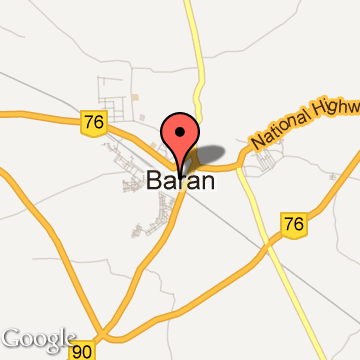