Jamtara is located in the Indian state of Jharkhand. It is one of the twenty-four districts of Jharkhand and was formed on 26th April 2001. The district comprises 4 blocks, which were carved out from Dumka District namely, Kundhit, Nala, Jamtara and Narayanpur. Situated at a lower altitude of Chota Nagpur plateau, this district has 3 Vidhan Sabha constituencies. Located at an average elevation of 155 metres, a city with the same name is present in Jamtara District, which is a notified area.

Jamtara is popular for Parwat Vihar Park located around 5 km from the railway station. The park has many facilities for amusements, plenty of landscapes and sculptures. There is also an old temple of Goddess Kali, popularly known as Raksha Kali temple, located very close to the Rajbari. The Chanchala Mandir is another tourist attraction located in the centre of the town. Maithon Lake enhanced by Maithon Dam in the Dhanbad District, is another attraction.

From Jamtara, a trip can be taken to Asansol, situated in the Bardhaman District. The Nehru Park and Satabdi Park of Asansol are the other attractions. Another nearby popular destination of Asansol is Joychandi Pahar, which is a popular as a picnic spot. Chittaranjan is an important town in Asansol subdivision of Burdwan District. It is famous for Chittaranjan Locomotive Works, an Indian Government railway factory. The city of Dhanbad nearby Jamtara has a number of sightseeing places like Jharia, Bhuli, SteelGate, Sijua and Bhadri Chack.

Jamtara is a popular location for those looking for adventure, as the town has high cliffs, clear waters and thick forests. All these features make it a suitable spot for vacationing.

Must See Places in Jamtara, India

The district was carved out on 26 April 2001 by separating four blocks-Kundhit, Nala, Jamtara and Narayanpur—of the erstwhile Dumka district. Earlier, it was a sub-division. In its long history it was a part of Birbhum under the Hetampur Raj and the Bardhaman Maharaja-Dhiraj.There are a few surviving former raj families in the district. Raja of Jamtara left everlasting impression on the culture and lives of the people of Jamtara and the adjoining area.[citation needed] The Zamindar family of Jamjuri had influence over a major portion of Kundahit and Fatehpur blocks. There are several historical sites waiting for study and exploration. The region was disturbed during the Santal Insurrection of 1854-55 under Siddhu and Kanhu. It is said that the insurgents moved village to village and gained sympathy. Legends are that one village headman, Gopal Mandal of Madhopur,now in Fatehpur Block, faced them with great honour, when all other villagers of the vicinity fled.[citation needed] He offered three muns of rice to the leaders and a night feast in the village ground. Scholar and intellectual Dr. Sharat Kumar Mandal is his grandson's grandson. Siddhu was captured at Ghatiyari, Narayanpur, now in this district. After the insurgence, a separate Santal Pargana district was created. Prior to the formation of Bihar, it was a part of Bengal. The people of this area speak Hindi, but Santali is the language of tribals. Bengali is also widely spoken. 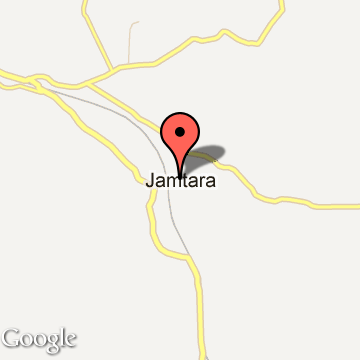