The most beautiful picnic spot and tourist centre in Garhwa, Sukhaldari, situated about 10 km from the Dhurki block HQ, has for long been waiting for its rightful place on the tourist map. Despite repeated demands by locals and the forest department, no attention has been paid to this place either by the district administration or the tourism department.

Ringed by hills and lush forests, Sukhaldari offers some beautiful sights. Besides, the Kanhar river flows quietly close by acting as a natural geographical border between Jharkhand and Chhattisgarh, as also Jharkhand and Uttar Pradesh.

The river forms three waterfalls in different parts of Garhwa and one of them is in Sukhaldari. Moreover, the natural habitat of the place attracts wild goats, wild cats, wild swine, bear, sambhar and the spotted deer. The place is also home to peacocks, wild hens, crocodiles and tortoises.

Locals come up with an interesting story of a braveheart by the name of Lagan Bhokta from nearby Machpani village, who was once travelling through this area when he came face to face with a tiger. He tried to defend himself but eventually fell prey to the beast. Later, his son, Ganesh, had a similar experience. But he managed to kill the tiger with an axe.

Must See Places in Garhwa, India

Garhwa District has a promising tourism industry. The “Goddess Bhagawati” temple at Ketar, the Golden Radha Krishna Mandir of Nagar-Untari and Catholic Ashram at Kanjia attract tourists. The district also opens up a Pandora’s box of natural treaures as illuminated by the gurgling Sukhaldari waterfall, Parasdiha fall and Gursandhu fall. Raja Pahari, famous for its natural beauty and Lord Shiva. Temple, the lofty peak of Saruat Pahar and the charming villages of the Korba tribes also deserve mention. 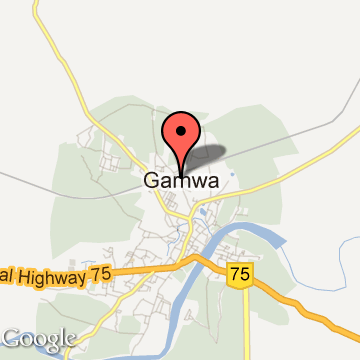