The mining activities in these coalfields started in 1894 and had really intensified in 1925.The first Indians to arrive and break monpoly of British in Coal mining were Mistri of Kutch, who were primarily involved in railway contracts, but some of them decided to plunge into the coal mining business.

Jharia is famous place which has become the center of extensive commerce due to its coal fields all around the region.

Jharia is a notified area and one of eight development blocks in Dhanbad district in Jharkhand state, India. Jharia is the fifteenth largest town in the state of Jharkhand. (More than one town in India shares this name.) Jharia is famous for its rich coal resources, used to make coke. Jharia plays a very important role in the economy & development of Dhanbad City, and can be considered as a part of Dhanbad City.


Must See Places in Jharia, India 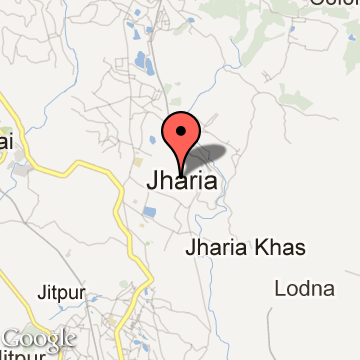