Latehar district is one of the twenty-four districts of Jharkhand state in eastern India, and Latehar town is the administrative headquarters of this district. This district is part of Palamu division.

Must See Places in Latehar, India

The district of Latehar came into existence on 4 April 2001. Previously, it was a subdivision of Palamu district of Jharkhand State, India. Latehar has been named after the village of the same name on Ranchi -Daltonganj Road. Latehar is famous for its rich natural beauty, forest, forest products and mineral deposits.

Latehar district is situated on the north–west corner of Jharkhand between 84° 31' East longitude and 23° 44.4' north longitude. The area of the district is 3660 km², with a population of 558,831. The district is surrounded by Ranchi, Lohardaga, Gumla, Palamau and Chatra district apart from Chhattisgarh state. Laterhar district is divided into seven blocks namely Latehar, Chandwa, Balumath, Manika, Barwadih, Garu and Mahuad.

The rustic town of Latehar is the headquarters of Latehar district. It is located roughly around 95 km north-west of the state capital, Ranchi. 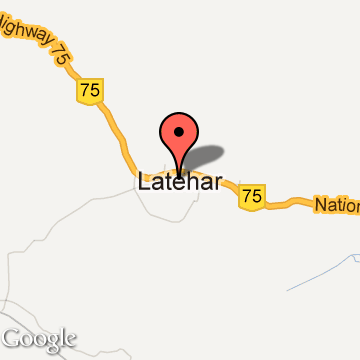