Kolkata  is the capital of the Indian state of West Bengal. Located on the east bank of the Hooghly river, it is the principal commercial, cultural, and educational centre of East India, while the Port of Kolkata is India's oldest operating port as well as its sole major riverine port. As of 2011, the city had 4.5 million residents; the urban agglomeration, which comprises the city and its suburbs, was home to approximately 14.1 million, making it the third-most populous metropolitan area in India. As of 2008, its economic output as measured by gross domestic product ranked third among South Asian cities, behind Mumbai and Delhi. As a growing metropolitan city in a developing country, Kolkata confronts substantial urban pollution, traffic congestion, poverty, overpopulation, and other logistic and socioeconomic problems.

Must See Places in Kolkata, India

The discovery and archaeological study of Chandraketugarh, 35 kilometres (22 mi) north of Kolkata, provide evidence that the region in which the city stands has been inhabited for over two millennia. Kolkata's recorded history began in 1690 with the arrival of the English East India Company, which was consolidating its trade business in Bengal. Job Charnock, an administrator who worked for the Company, is traditionally credited as the founder of the city; in response to a public petition, the Calcutta High Court ruled in 2003 that the city does not have a founder. The area occupied by the present-day city encompassed three villages: Kalikata, Gobindapur, and Sutanuti. Kalikata was a fishing village; Sutanuti was a riverside weavers' village. They were part of an estate belonging to the Mughal emperor; the jagirdari (a land grant bestowed by a king on his noblemen) taxation rights to the villages were held by the Sabarna Roy Choudhury family of landowners, or zamindars. These rights were transferred to the East India Company in 1698.

In 1712, the British completed the construction of Fort William, located on the east bank of the Hooghly River. Facing frequent skirmishes with French forces, the British began to upgrade their fortifications in 1756. The Nawab of Bengal, Siraj ud-Daulah, protested the militarisation. His warning went unheeded, and the Nawab attacked; he captured Fort William and instigated the gruesome killings of British prisoners of war in the Black Hole of Calcutta. A force of Company soldiers (sepoys) and British troops led by Robert Clive recaptured the city the following year. Declared a presidency city, Calcutta became the headquarters of the Bengal Presidency. Calcutta was named the capital of East India Company controlled territories of India in 1772; beginning in 1864, the hill station of Shimla served as administrative capital during summers. In the early 19th century, the marshes surrounding the city were drained; the government area was laid out along the banks of the Hooghly River. Richard Wellesley, Governor-General of India between 1797 and 1805, was largely responsible for the development of the city and its public architecture. Throughout the late 18th and 19th century, the city was a centre of the East India Company's opium trade. 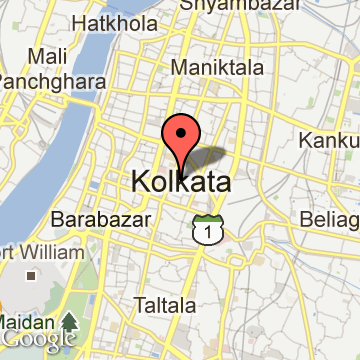