Bardhaman is an important district of West Bengal. Deemed as one of the most advanced districts, owing to its various facilities in the sectors like agriculture, industry, health and education, Bardhaman is known for its rice and oilseed milling and hosiery, cutlery, and tool manufacturing industries. Talking about the tourist attractions of the district, it has lot to offer. Right from monuments that reflect the old world charm to temples and mosques defining the religious bent of the district to museums, gardens and parks that lay emphasis on the entertainment sector of the place, the option are many. Read on to know about the tourist places in Bardhaman.

Bardhaman, 95 km to the northwest of  Kolkata, is the headquarter of Bardhaman District. Bardhaman has been a district capital since the time of the Mughals. During the Mughal period, the city was known as Sharifabad. It was later renamed as "Bardhaman", literally meaning "ever augmenting" given the prosperity of the region.

Must See Places in Bardhaman, India 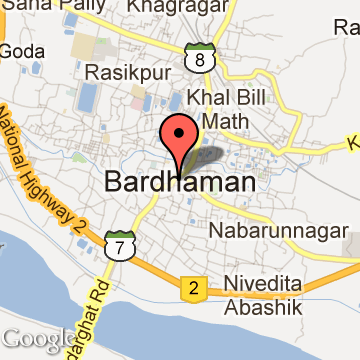