Chetlat Island is a coral island belonging to the Amindivi Subgroup of islands of the Lakshadweep archipelago in India. It is located 37 km to the northwest of Kiltan Island. The reef and lagoon are located to the west of the Island and the total dry land area is 1.14 km sq.

Chetlat suffered cruelty at the hands of the Portuguese Pirates in the 16th century. Sheikh Zeinuddin in his book Tuhafat-Al-Mujahidin records that before their descent on Amini, the Portuguese visited Shatelakum or Chetlat. A major part of the inhabitants were put to death and many were taken prisoners.

The island is about 1200 metres in length and 400 metres in breadth. It covers an area of 255 acres and looks like an upturned boat. It lies lengthwise north and south. Along the eastern side of the island is a wide belt of coral debris.

On the western side, there is a lagoon. The north-west is broader and sailing vessels with cargo can enter it during high tide. The lagoon protects the island on the most exposed side from the fury of south-west monsoon . The approaches to this island are free of any outlying danger.

Apart from coconut trees in this island cheerani Paruthi (A species of cotton tree), jack fruit tree and Murunga (Drumstick) are found in plenty.

This Chetlat Lakshadweep is also a blessed home to numerous marine lives. In the extensive shallows of the sea renowned fish Tuna most importantly the skip jack variety is found.

Along with this, Whales and tortoises are also found in the nearby region of the island. Besides, few varieties of bird and animal species can also be discovered here. In this island rats are very common to find. However, cats and water hen also exist.

Chetlat is the northern most inhabited island.Coir twisting is thechief occupation of the people here.The coconut yield is poor and income is meagre.Manufacture of mats and weaving of coconut leaves are the spare time industries here.The island suffered a great deal at the hands of the portuguese in the 16th century.Boat building was a flourishing industry at the beginning of the 20th century when all the vessels needed by the Amindivi islanders were built here.


Must See Places in Chetlat, India 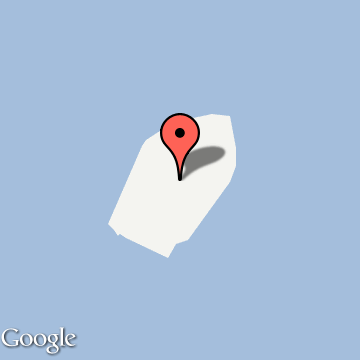