A very beautiful and alluring place, Minicoy Island is a picturesque destination in Lakshadweep and is an amazing city to visit. Minicoy Island is a popular tourist spot and is bounded by a land of natural beauty with fresh spread out water. Minicoy is also well known for its second name, Maliku.

Minicoy Island is an amazing place to spend your holidays and is one of the few inhabited islands in Lakshadweep. Minicoy Island Travel Guide is full of references to the mesmerizing sceneries and serene spots of the area. The place has been blessed by abundant natural beauty. Juma Masjid and Lighthouse are the major attractions of this Island. It is the only island which is open to foreign tourists. This wonderful place surrounded by the blue waters of the islands offers a colossal view. Minicoy is famous for its important centre for tuna canning, tuna fishing, Colourful boats, wonderful fish in several sizes coconut palms sunshade and hues.

Minicoy is the southernmost island which is more closer to Maldives than to another Lakshadweep island. The nearest Lakshadweep island to Minicoy is Kalpeni which is around 450 Km away whereas the nearest Maldives island Addu is just 139 Km away from Minicoy. Minicoy coves an area of approximately 4.22 sq km and is the second largest island after Androth. Although its official name is Minicoy, the people here like to call it Maliku, meaning the good harbor. Maldives is divided into nine different villages or athiris which are separately administered by an elected male representative called 'mopan'. The villages can be distinguished by their color and the symbol. The people of Minicoy are a hard working lot. During a major part of the day, you will find the men out in the sea fishing or sailing the international trade routes. It is only in the evening that all the men return back to the islands.

The most unique aspect of Minicoy is definitely its culture. The culture here is totally different from what is found in other islands of Lakshadweep. It is more similar to the customs and traditions in Maldives island. Mahl is the main language spoken in Minicoy which is common to Maldives. Though there are few people who speak Malayalam as well. Unlike other societies, Minicoy is a matrilineal society which means family descent is traced through female line. Here a man lives either in his mother's house or his wives.

The most important attraction on Minicoy island has been same for more than the last 100 years. Built in 1885 by the British, the magnificent lighthouse has become a symbol of pride for Minicoy. It is one of the oldest surviving structures in entire Lakshadweep. Climb till the topmost platform on the lighthouse from where you can get mesmerizing views of the unending sea and the lush green Minicoy islands. The light house is still functional and shows path to all the ships passing by.

For tourists, there is nothing better in Minicoy than shopping. From the moment you enter Minicoy you will know that people of Minicoy love colors. One of the hobbies of the people here is to craft woods and paint them in the most vibrant colors. They prove to be a great memorabilia to take back home. Also indulge in snorkeling, which is unbelievably refreshing and rewarding in the long and shallow lagoons here. Sea walking barefoot is not a viable option as the sea bed is rocky and rugged.

Must See Places in Minicoy, India 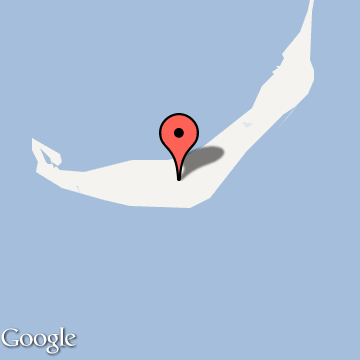