There are many stunning, intriguing places around the world, but very few are as beautiful and awe-inspiring as Chamba. Located in the blossom of green mountains with perennial falls and streams, Chamba is one of those places that not only lives up to its image, but exceeds it.

A travel to this place evokes many images... fairy-tale snow-capped mountain vistas, rushing torrent of the Ravi River and beautiful temples. One of the most famous hill stations in India that has been holding a magical allure for travellers, Chamba, a former princely state, is the administrative headquarters of the district of the same name.

Chamba the land of lord Shiva is famous for its untouched natural beauty. The district has Dalhousie, Khajjiar, Chamba Town, Pangi and Bharamour as main tourist destinations. There are five lakes, five wild life sanctuaries and countless number of temples.

Chamba, is a small but attractive tourist destination of Himachal Pradesh, is known for its exquisite natural beauty. The place, located amidst picturesque and verdant valleys, is visited by tourist round the year. Sub-Himalayan range of mountains, full of diverse flora and fauna, make Chamba an exhilarating experience. Pleasing climate of the place is another factor why Chamba is one among the popular tourist destinations in the whole of India. In the following lines, we will provide you more information on the weather and climate of Chamba.


The summer season in Chamba starts from the middle of April and lasts till the last week of June. Even in summers, when the plains are boiling with high temperatures, the weather here remains quite pleasing. This is the time when majority of tourist takes shelter in the place. Days are a little warm, but nights are romantic and cool. Light cotton clothes are ideal during summers.


Rains in Chamba start in the month of July, when the monsoon breaks-in, and continue till late August or mid September. This is the time when the weather is misty and cloudy. During this time, the entire valley is covered in a hue of light green, with newly washed leaves shining in the glory of after-rain sunshine.


The winter season in Chamba starts in the month of December and lasts till the month of February. During this season, Chamba generally remains cool and dry, but snowfall does occur at higher elevations, during these months. In the winter season, the temperature might drop to freezing point in the lower region too and snowfall may happen. Tourists should go with heavy woolen clothes during this season and enjoy snowfall.

Must See Places in Chamba, India 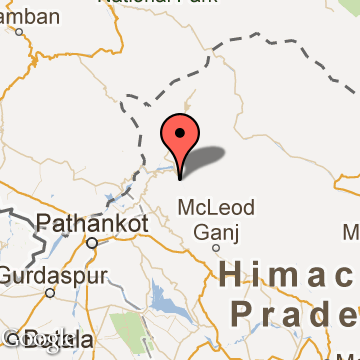