Lahaul Spiti became the district of Himachal Pradesh in 1960 and is one of the frontier districts of India. It is 120 km. away from Manali and has snow fed glaciers and barren mountains. Keylong is the headquarter of Lahaul-Spiti and oasis of green fields. The two valleys at Lahaul and Spiti have a tenous link over the Kunzam Pass ( 4,520 metres ). The two twin valleys, Lahaul and Spiti in the North-Eastern corner of Himachal, protected by distance is a region of nature at its wildest which has lent it much enchantment. The threshold of one of the Lahaul plateau is nourished by the Chandra and Bhaga rivers and is surrounded by high mountains on all sides, the Great Himalayas to the North, the Pir Panjal to the South and the Spiti and Chandra watershed to the East. Lahaul has curious mixture of Buddhist and Hinduism. There are a number of Monasteries and Temples.

Kunzum la or the Kunzum Pass (altitude 4,551 m; 14,931 ft) is the entrance pass to the Spiti Valley from Lahaul. It is 21 km from Chandra Tal.[1] This district is connected to Manali through the Rohtang Pass. To the south, Spiti ends 24 km from Tabo, at the Sumdo where the road enters Kinnaur and joins with National Highway No. 22.

The two valleys are quite different in character. Spiti is more barren and difficult to cross, with an average elevation of the valley floor of 4,270 m (14,009 ft). It is enclosed between lofty ranges, with the Spiti river rushing out of a gorge in the southeast to meet the Sutlej River. It is a typical mountain desert area with an average annual rainfall of only 170 mm (6.7 inches).

Lahaul lies in the Indo-Tibetan border in the state of Himachal Pradesh. Two different districts and mountain tracts, Lahaul and Spiti came to be unified in the year 1960 to form one single district of Lahaul and Spiti. The natives have fair skin and hazel coloured eyes and are of Indo-Aryan and Tibetan lineage. Most of them practice Buddhism and religiously follow their customs and traditions. The language spoken in the region is similar to that of the people of Ladakh and Tibet. Prayer flags flapping over the monasteries are a highlighting feature of this place. All these shrines showcase the religious inclination of natives of this region.

Must See Places in Lahaul and Spiti, India 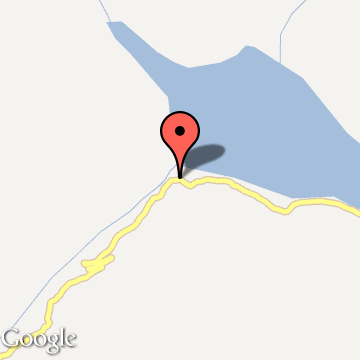