The port city of Mangalore is situated at the source and confluence of two rivers -- Netravati and Gurpur. It derives its name from Queen Mangaladevi who is said to have lived here in the 10th century AD. Mangalore was ruled by several dynasties, including the Kadambas, Vijayanagar, Chalukyas, Rashtrakutas, and Hoysalas, followed by the Portuguese from 1498, when the Portuguese explorer Vasco da Gama landed at St Mary's Island near Mangalore.
Eventually, the city was annexed by the British in 1799. Today, Mangalore is a major port of South India and handles over 75 percent of India's coffee exports and the bulk of the nation's cashew exports.

Must See Places in Mangalore, India

The area that is now Mangalore has been mentioned in many ancient works of Hindu history. The name of this town appears in maps as early as the 1652 Sanson Map of India. In the epic Ramayana, Lord Rama ruled over the region, while in the epic Mahabharata, Sahadeva, the youngest of the Pandavas, governed the area. Arjuna, the hero of Mahabharata, also visited the area when he travelled from Gokarna to Adur, a village near Kasargod. Mangalore's historical importance is highlighted by the many references to the city by foreign travellers. Cosmas Indicopleustes, a Greek monk, referred to the port of Mangalore as Mangarouth. Pliny the Elder, a Roman historian, made references to a place called Nitrias, while Greek historian Ptolemy referred to a place called Nitra. Ptolemy's and Pliny the Elder's references were probably made to the Netravati River, which flows through Mangalore. Ptolemy also referred to the city as Maganoor in some of his works.

In the third century BCE, the town formed part of the Maurya Empire, ruled by the Buddhist emperor, Ashoka of Magadha. The region was known as Sathia (Shantika) during the Mauryan regime. From second century CE to sixth century CE, the Kadamba dynasty ruled over the region. From 567 to 1325, the town was ruled by the native Alupa rulers. The Alupas ruled over the region as feudatories of major regional dynasties like the Chalukyas of Badami, Rashtrakutas, Chalukyas of Kalyani, and Hoysalas. Mangalapura (Mangalore) was the capital of the Alupa dynasty until the 14th century. The city, then an important trading zone for Persian merchants, was visited by Adenese merchant Abraham Ben Yiju. The Moroccan traveller Ibn Battuta, who had visited the town in 1342, referred to it as Manjarun, and stated that the town was situated on a large estuary. By 1345, the Vijayanagara rulers brought the region under their control. Later, the Jain Kings and the Muslim Bangara Kings ruled the town as feudatories of the Vijayanagar Empire, and brought the town firmly under an efficient and centralised administration. In 1448, Abdul Razak, the Persian ambassador of Sultan Shah Rukh of Samarkand, visited Mangalore, and was amazed at a glorious temple he saw in the city, en route to Vijayanagara. 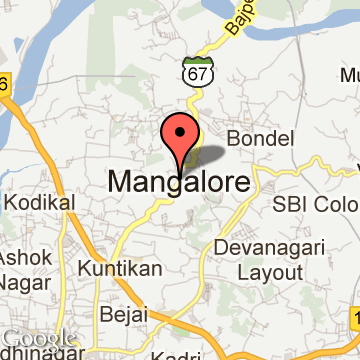