Cessnock provides easy access to the oldest wine-growing region in Australia. The town has a number of fine restaurants, guesthouses and galleries. The Convict Trail is a conservation project that is restoring the convict-built Great North Road. This is one of Australia's national historic treasures.Don’t miss touring the vineyards in the Lower Hunter, the historic Marthaville Arts and Crafts Centre and the historic hamlet of Wollombi. Be sure to also visit Pokolbin and Cessnock.

Must See Places in Cessnock, Australia

The transition to wine service centre from a once prosperous mining town has been a long and at times difficult process.

Cessnock lies between Australia’s earliest European settlements - Sydney, the Hawkesbury River and Newcastle. Lying on the land route between these important settlements it provided early European contact with indigenous people who have inhabited the Cessnock area for more than 3,000 years. The Darkinjung people were the major inhabitants at the time of European contact, which subsequently proved to be disastrous for the Darkinjung tribe. Many were killed or died as a result of European diseases. Others were forced onto neighbouring tribal territory and killed. The city of Cessnock abounds in indigenous place names and names with indigenous association which is indicative of this settlement and include Congewai, Kurri Kurri, Laguna, Nulkaba and Wollombi.

Pastoralists commenced settling the land in the 1820s. Cessnock was named by Scottish settler John Campbell, after his grandfather's baronial Cessnock Castle in Ayrshire to reflect the aristocratic heritage and ambitions for this estate. The township of Cessnock developed from 1850, as a service centre at the junction of the Great North Road from Sydney to the Hunter Valley, with branches to Maitland and Singleton.

The establishment of the South Maitland coalfields generated extensive land settlement between 1903 and 1923. The current pattern of urban development, transport routes and industrial landscape was laid at this time. The surveying of the Greta coal seam by Professor Edgeworth David around 1888 became the impetus for considerable social and economic change in the area with the development of the coal mining industry. 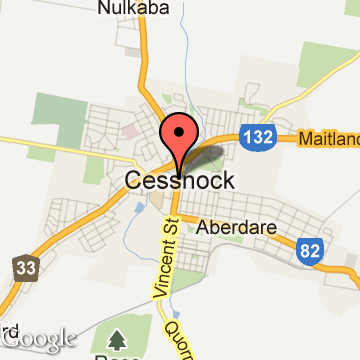