Neil Island is an island in the Andaman Islands of India, located in Ritchie's Archipelago. It is apparently named after James George Smith Neill, a British soldier who had sternly dealt with the insurgents during the suppression of the 1857 Mutiny. It occupies an area of 18.9 square kilometres (7.3 sq mi). The island is located 40 kilometres (25 mi) north-east of Port Blair, the capital of Andaman and Nicobar Islands. It is the southernmost island of Ritchie's Archipelago, save for uninhabited Sir Hugh Rose Island, which is another 3.8 km to the southeast of Neil Island. Administratively, the island is in the Neil Kendra panchayat, Port Blair sub-district of the South Andaman district, in the Union Territory of the Andaman and Nicobar Islands, India.

Neil is tiny but beautiful island located 37 kms. to the south of the Andaman Islands, With unexplored coral reef, brilliant bio-diversity, white sandy beaches and tropical forest and vegetation , it is one of the hot tourist spots in the Andamans. Neil and Havelock islands are part of Ritchie's Archipelago. Connected by speedboat from Port Blair daily, it provides and ideal holiday destination for eco-friendly tourists who appreciate it natural setting. The sea encircling the island it also shallow and full of colorful coral formations.

Neil Island is popularly known as the 'vegetable bowl' of the Andaman's as on this island vegetables are cultivated and supplied to other islands. The settlers named the beaches after mythical characters of the epic Ramayana (Bharatpur, Laxmanpur, Sitapur, Ramnagar etc.). The beaches are popular for their shady trees and exciting sunrises and sunsets.

Neil, with its very relaxed vibes and long deserted beaches, is a place to chill out after the "bustle" of Havelock. The widest part of the island is about 5 kms in length. You can walk the whole island in about two hours.

Unlike most of the islands in the Andaman Group, Neil has a flat terrain. The island is also comparatively small, with an area of 19 square kilometers and a population of 2868 people according to 2001 census. One can feel the serenity of village life here.

Must See Places in Neil-Island, India 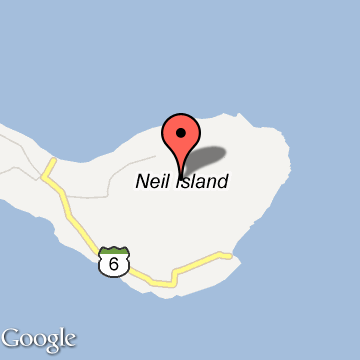