Cinque island is divided into North and South Cinque which are connected together by a sandbar giving the whole island a spectacular look. It is a part of Mahatma Gandhi Marine National Park (popularly known as Wandoor Marine National Park) along with 15 other islands and islets of the Labyrinthine Island Group. It has absolutely no human habitation but is amazingly rich in flora and fauna making it an ideal place for eco- tourism.

Cinque Island has been declared a sanctuary as it houses an enormous variety of coral reefs, sea weeds, colorful fishes, shells, starfish, sea anemones, salt-water crocodile, turtles and water snakes. It is surrounded by coral reef gardens that extend to a few hundred meters into the deep sea. Also, it offers activities like Scuba Diving, Snorkelling, Game Fishing & camping. It has been claimed that waters around Cinque island have a visibility range of upto 80 feet!

The island is situated 26 kms from Port Blair and is accessible through almost all major islands by boat. However, no scheduled ferry services are available for the place. One will have to hire a chartered boat of permitted category. Visiting Cinque Island requires permission from the Forest Department which can be availed without much hassle. But, night stay permissions are seldom granted for the place.

North Cinque Island or Gue-a-lue is an uninhabited island in the Andaman Archipelago, 5.4 km southeast of Rutland Island. It is a part of Mahatma Gandhi Marine National Park and of the Andaman and Nicobar Islands Union Territory of India.

North Cinque consists of three rocky isles connected by sand bars. The northern isle is the largest one, about 2.9 km long in the N-S direction and 1.4 km wide; it has two adjacent hills about 161 m and 173 m high. The middle (southernmost) isle, about 1 km across, lies 270 m to the south and has a bare hill 89 m high. About 150 m to its west lies the third and smallest isle, an oval knob about 400 m across.

Must See Places in Cinque-Island, India 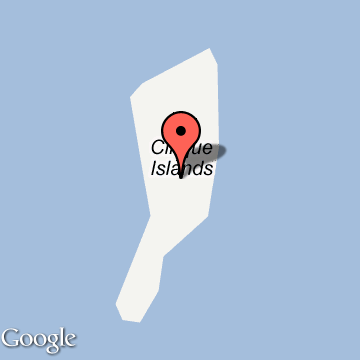