Nashik is a city in western India in the state of Maharashtra. Nashik is located in the north-west of Maharashtra, 171 km (106 mi) from Mumbai and 210 km (130 mi) from Pune.It is the biggest city of North Maharashtra and 11th most populated district in India  with a population of 6,109,052.

Nashik is a located on the banks of the Godavari River, the holy river which flows through old Nashik. Nasik is the highest producer of grapes in India along with onions. The Nassak Diamond, derives its name from the fact that it long remained in the Trimbakeshwar Shiva Temple, near Nashik. The Godavari River flows through Nashik from its source, which lies to the southwest of the city, in Trimbakeshwar.

Must See Places in Nasik, India

The city got its present name in 1818 when the Peshwas got control of the city. The Peshwa rule however, did not last long and the British captured Nashik in the very same year. In 1840, one of the first modern libraries of Maharashtra (then, the Presidency of Bombay) was founded at Nashik.

After the fall of the Satavahana empire, the Abhiras or Ahirs ruled in the north east and the Chutus in Maharashtra and Kuntala. The Puranas state that ten Abhiras ruled for, 67 years. The Nasik inscription peaks of king Madhuriputra Ishvarasena, the Abhir and a son of Shivadatla. This dynasty originated in A. D. 249-50, an era called Kalachuri or Chedi in later times.

Some of the major events in history of Nashik in the 1860s are:

Nashik also participated in the freedom struggle of India. On December 21, 1909, 17-year-old Anant Kanhere shot the Collector of Nashik, Jackson in a theatre named Vijayanand theatre, where he had gone to see a play Sharada. Jackson died on the spot. The people involved in the incident, Anant Laxman Kanhere, Krishnaji Gopal Karve and Vinayak Ramchandra Deshpande were sentenced to death by hanging and were hanged soon after.

In 1930, the Nashik Satyagraha was launched under the leadership of Dr. Babasaheb Ambedkar for the entry of Dalits in Kalaram temple. In 1931, a meeting of the Bombay Province Charmkar Parishad was organised at Nashik to work out the Chambhars' position with regard to the Second Round Table Conference in which Babasaheb was going to participate. In 1932, Babasaheb organized his temple entry movement for the abolition of untouchability in Nashik. 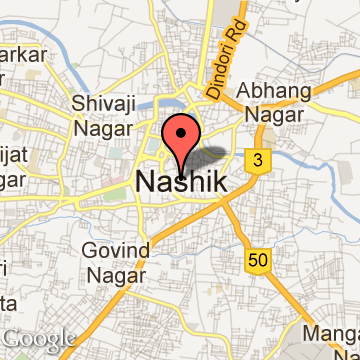