Nagpur  also known as Nagpore is the winter capital of the state of Maharashtra. It is a fast-growing metropolis and the third largest city in Maharashtra after Mumbai and Pune and third most industrialized city after Mumbai and Pune. With a population of 2,405,421 (2011 census figures) Nagpur Metropolitan Area is the 13th largest urban agglomeration in India. According to a survey by ABP News-Ipsos, Nagpur has been identified as the best city in India by topping the liveability, greenery, public transport, and health care indices.

Nagpur is the seat of the annual winter session of the Maharashtra state assembly, "Vidhan Sabha". Nagpur is a major commercial and political center of the Vidarbha region of Maharashtra. In addition, the city derives political importance from being the headquarters for the Hindu nationalist organisation RSS and an important location for the Dalit Buddhist movement.

Must See Places in Nagpur, India

Human existence around present-day Nagpur city can be traced back 3000 years to 8th century BC. Mehir burial sites at Drugdhamna (near MHADA Colony) indicate that the megalithic culture existed around Nagpur and is still followed. The first reference to the name "Nagpur" is found in a 10th century copper-plate inscription discovered at Devali in the neighbouring Wardha district. The inscription is a record of grant of a village situated in the visaya (district) of Nagpura-Nandivardhana during the time of the Rastrakuta king Krsna III in the Saka year 862 (940 CE). Towards the end of the 3rd century, King Vindhyasakti is known to have ruled the Nagpur region. In the 4th century, the Vakataka Dynasty ruled over the Nagpur region and surrounding areas and had good relations with the Gupta Empire. The Vakataka king Prithvisena I moved his capital to Nagardhan (ancient name Nandivardhana), 28 kilometres (17 mi) from Nagpur. After the Vakatakas, the region came under the rule of the Hindu kingdoms of the Badami Chalukyas, the Rashtrakutas, and finally the Yadavas. In AD 1296, Allauddin Khilji invaded the Yadava Kingdom after capturing Deogiri, after which the Tughlaq Dynasty came to power in 1317. In the 17th century, the Mughal Empire conquered the region. However, regional administration was carried out by the Gond kingdom of Deogarh-Nagpur in the Chhindwara district of the modern-day state of Madhya Pradesh.

Recent history ascribes the founding of Nagpur to Bakht Buland, a prince of the kingdom of Deogarh-Nagpur. The next Raja (king) of Deogarh was Chand Sultan, who resided principally in the country below the hills, fixing his capital at Nagpur, which he turned into a walled town. On Chand Sultan's death in 1739, Wali Shah, an illegitimate son of Bakht Buland, usurped the throne and Chand Sultan's widow invoked the aid of the Maratha leader Raghuji Bhonsle of Berar in the interest of her sons Akbar Shah and Burhan Shah. The usurper was put to death and the rightful heirs placed on the throne. After 1743, a series of Maratha rulers came to power, starting with Raghoji Bhonsle, who conquered the territories of Deogarh, Chanda and Chhattisgarh by 1751. 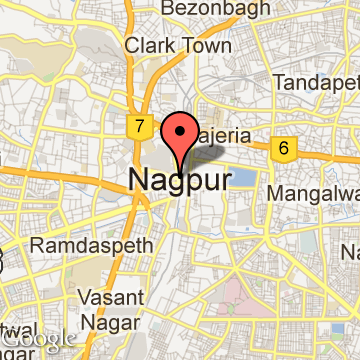